David Shaw is the former American football player and the head coach of the Stanford Cardinal football team. Shaw was the Team's offensive coordinator as well as the passing game coordinator at the University of San Diego and an assistant coach in the NFL for the Philadelphia Eagles, Oakland Raiders, and Baltimore Ravens.

As a head coach, David reportedly earns around $6 million as his yearly salary from Stanford Cardinal football management. Further, He has gathered an affluent amount of net worth in his career. Shaw is currently married and has 3 children. Scroll to know more details.

David Lorenzo Shaw was born on July 31, 1972, in San Diego, California to parents Willie Shaw. As per his nationality, he is American and belongs to African-American ethnic group. Further, his star sign is Leo. He grew up along with his sister, Tawnya Shaw.

After completing high school, He went to Stanford University, where he played in college team as a wide receiver under head coaches Dennis Green and Bill Walsh. In his college career, he caught 57 passes for 664 yards and scored five touchdowns. Shaw was also playing basketball for Stanford men's basketball teams before earning a B. A in sociology in 1995.

In the year 1995, Shaw begins his coaching career at Western Washington University. As the Raiders quality control from 1998-2000 and quarterbacks coach in 2001, the team won two consecutive AFC West titles.

In 2006, Shaw left the NFL and joined the University of San Diego head coach Jim Harbaugh's staff as passing game coordinator. Afterward, Harbaugh was hired as head coach of Standford University, in 2007, he also brought Shaw as offensive coordinator.

Later on January 2011, Harbaugh left the Stanford after an offer of NFL's San Francisco 49ers as head coach and Shaw was promoted to head coach of Stanford. He was the first Stanford alumnus to serve as head football coach since Paul Wiggin.

In his first three seasons, Shaw led the team to three consecutive BCS bowl games, including two Bowls and Steered the team to a Rose Bowl victory over Wisconsin. 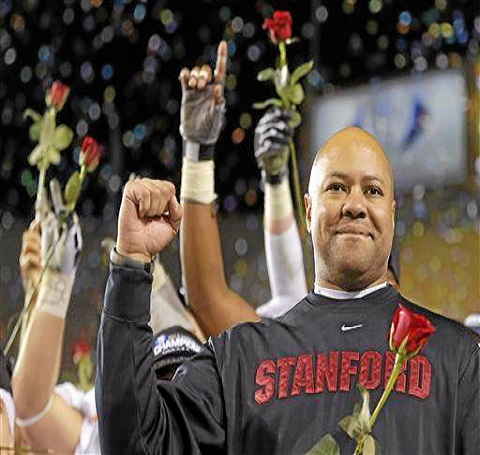 After the win over Cal in 2017 Big Game at Stanford Stadium, Shaw also set a new Stanford record for most wins by a football coach, breaking the previous record held by Pop Warner.

David Shaw Net Worth and Salary

As of 2018, David Shaw has amassed a sufficient amount of net worth to live a splendid life. However, the exact figure of his net worth is still under review but as his salary of $6 million, he stands 8th of the highest paid Football coach and must have collected a wealthy bank balance.

Kept aside his financial earning, his personal assets also include a home and a vehicle.

David Lorenzo Shaw's father Willie Lorenzo Shaw is also a retired professional American football player and coach who coached for NFL and college teams. Willie has also served United States Air Force during the Vietnam War and rose to the rank of Sergeant.

David uncle, Nate Shaw was also an American professional football player played as a defensive back in NFL and was an assistant coach for several college teams. 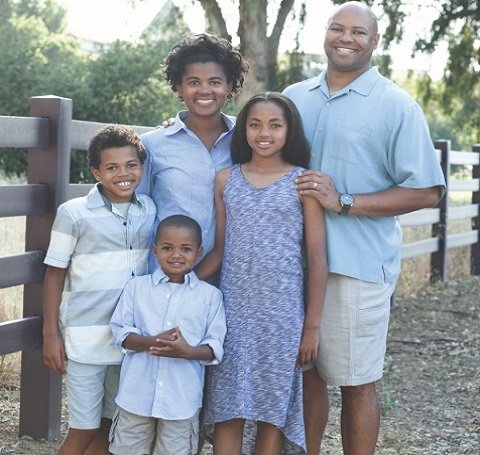 David is a father of three children, Keegan, Carter, and Gavin with his wife Kori Shaw. In the year 2001, David was married to Kori.

There is no data regarding his external affairs or any romantically involved relationships in past.

Other than being a proficient coach, David Shaw is also active in social media where he updates about his daily life. Quite a number of 26.7K fans are following him his Twitter account.

Talking about his physical structure, he stands 6 feet 5 inch tall and weighs around 290lbs.