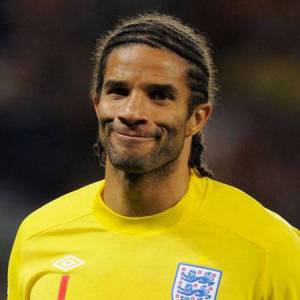 He was one of the top level soccer player. He has done outstanding contribution in the field of soccer. He is the footballer who played as a goalkeeper for English National team. He is none other than the super-talented David James. Most recently, he served as the player-manager at Kerala Blasters FC in the Super League. At this moment, he is a regular pundit on BT Sports football coverage. David James has played 53 matches with England national team between 1997 to 2010. He started his club career with Watford in 1988 and ended with Kerala Blasters F.C in 2014. He has given his 26 valuable years as a player to the football (soccer) world. David James was born as David Benjamin James. He was born on August 1, 1970 and this makes his age his 46 now. His place of birth was Welwyn Garden City, England. He is British. His ethnicity is white. His star sign is Leo.

David James's senior career started in 1988. He started his career as a goalkeeper with Watford Football Club. He played with Watford from 1988 to 1992. He spent the majority of his career with Liverpool. He played with Liverpool from 1992 to 1999. He had 214 apps with Liverpool. After playing with Liverpool, he played for Aston Villa for 2 seasons, West Ham United for three seasons and Manchester City for 2 seasons. From 2006 to 2010, he played for Portsmouth. In 2014, he was signed by the Kerala Blasters FC, owned by the Sachin Tendulkar, for the season of Indian Super League. He served as a player-manager. He also played in the national team of England. He participated and performed in the Euro 2004 and 2010 World Campaigns.

David James is the son of Joe James. He attended Sir Frederic Osborn School. He was a married man. He has four children with his former wife Tanya. They legally separated in 2005. At this moment, he lives in Chudleigh Devon with his current girlfriend Amanda Salmon. In 1995, he gets a modeling assignment for Giorgio ARMANI. In 2005, he endorsed for H&M. He is also popular for his experimenting hairstyle.

He is a philanthropist. He had established a foundation named James Foundation. The goal of his organization is to help maize farmers. The aim of org. is also to give mechanical and construction skills to teenagers.

In summer of 2013, he became the pundit for the BT Sport’s coverage of Premier League and Conference Premier Matches. He served as a pundit for Euro sport at the 2014 FIFA World Cup.

David James is widely admired for his outstanding contribution in the world of soccer. He is a very tall man. He has a height of 6 feet and 4 inch, which is around 1.93m. His salary is outstanding. His estimated net worth is around 20 million USD.