Daryl Tuffey is a former New Zealand cricket player who represented the national team of New Zealand in all formats of cricket. The former player was also a part of the 2007 World Cup. And domestically, he played for Northern Districts and Auckland.

Further, Tuffey has also participated in multiple ODI games representing the New Zealand national team. He was a right-handed batsman and right-arm fast-medium bowler. The skilled cricketer has also won some honors for giving the best performances.

Tuffey was born Daryl Raymond Tuffey on June 11, 1978. He is a native of Milton, New Zealand. As for his physical appearance, Tuffey is a tall guy, but his actual height measurement is missing from internet sources.

Coming into his family background, Tuffey reportedly belongs to Maori heritage. Not much is known about Tuffey's family members, as he has not opened up much about them in the media. So, his parents' details remain under review.

Starting with his early match, Tuffey made his debut for the New Zealand team by playing in a game against Australia in 1999–00. Similarly, he played his first full Test series at home against Pakistan in 2000-01. Further, he took sixteen wickets in the series.

Also, Tuffey had earned a Man of the Match performance as he took seven wickets for 77 in the final Test. Likewise, Tuffey played all five ODIs against Pakistan. He took thirteen wickets in the ODI series becoming New Zealand's leading wicket-taker in the series. 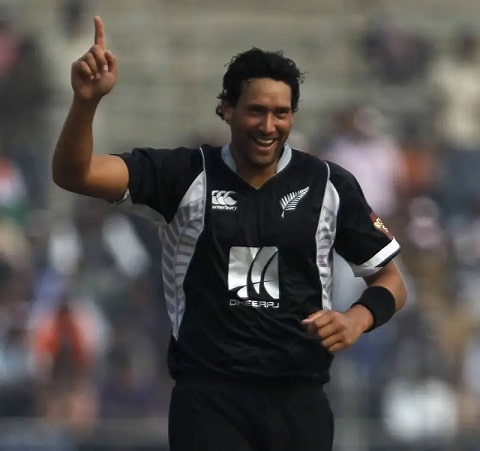 On the other side, Tuffey has been a victim of various injuries while playing for his team. Tuffey missed the third Test against South Africa in 2003–04 as Tuffey bruised his thigh. In the same way, Tuffey missed numerous games, including much of the ODI season in England.

After being out from some games, he came back to international cricket in 2009, playing a match against Pakistan. 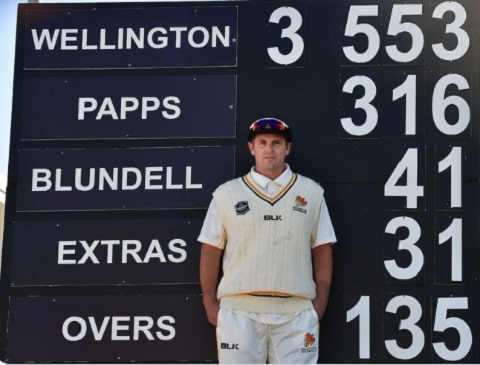 Apart from that, Tuffey made his T20I debut on February 17, 2005, against Australia. The match was also the first-ever T20I match held in New Zealand. And Tuffey covered the whole internet when he was dropped out from the New Zealand coach John Bracewell.

Surprisingly, he was reselected for the New Zealand one-day team for the 2007 World Cup in the West Indies.

The former cricket player has been involved in various controversies. As said above, Tuffey was dropped from the New Zealand team. After nine days, he had to answer misconduct charges in a New Zealand Cricket inquiry. Also, he was fined $1,000.

On the other hand, Tuffey was convicted of drunk driving in September 2007. For this reason, he was fined $420 + $303 in court costs and disqualified from driving for six months.

Later, he got more prominence when he got involved in the match-fixing controversy. In December 2013, Tuffey was investigated by the International Cricket Council together with two other New Zealand cricketers. And he got clearance from Metropolitan Police in September 2014.

Daryl has earned a fruitful sum of money as he played professionally for a long time. He has been a part of multiple games helping his team to win many of them. So, Tuffey might have preserved an impressive bank balance with his amazing career.

As per some online sources, Tuffey has an estimated net worth of around $1 million, thanks to his professional cricket career. Being a cricketer, Tuffey might have worked with some brands and may have received some profit.

However, the actual amount of his present earnings is unknown as Tuffey has kept himself away from the public eyes after retiring from professional sport.

Is Tuffey Married or Single?

Tuffey is a married man, and he has a wife. Tuffey and his beloved wife, Dearne Berry, have been in a marital relationship for a long time, and they still live happily. By profession, Dearne is a personal trainer, and they met each other in India while training for the Indian Cricket League a long time ago. CAPTION: Daryl Tuffey and his wife Dearne Berry on their wedding SOURCE: Nowtolove.co.nz.com

Being married for quite a while, the pair continue a love, tenderness and laughter relationship. Furthermore, their wedding ceremony was held privately in the presence of their family and close ones. Meanwhile, they have not opened up anything about their kids. However, few pictures are available of Tuffey holding a kid, so his fans assume he is the father of a son or daughter as the details aren't clear. So, it is unknown whether the lovebirds have children or not.

Tuffey is an active user of Twitter who is registered as @daryltuffey. At the time of this writing, he has collected more than 10k followers.

Since November 2010, Tuffey has been using Twitter, from where he updates his followers about his professional life. He sometimes makes posts about his personal life too. 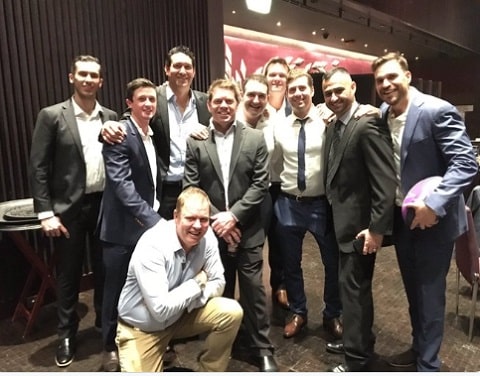 But Tuffey is a private person who mostly keeps his personal data away from the media. As per his Twitter bio, he is now a timber connoisseur.