Despite being held back by a few injuries in his career, this didn't stop him from doing good. Lazovic went on to win his team the championship trophy in the Serbian SuperLiga Cup two times. His presence in the field was dominating with his all-rounding playstyle. Lazovic was also assigned to the Serbian U21 International Team in his early career.

Darko Lazovic was born on September 15, 1990, in Cacak, Serbia. He is a left-wing football player who plays for Hellas Verona. He is of Serbian nationality and is a Christian. The left winger is socially inactive on the internet, with most of his family background hidden.

Darko Lazovic Salary and Net Worth

The Serbian's football skills did not go unnoticed, and a few teams signed him. He is paid around £884,000  with his primary source playing as a footballer. Lazovic's estimated net worth is over $3 dollars. He currently lives in Serbia. 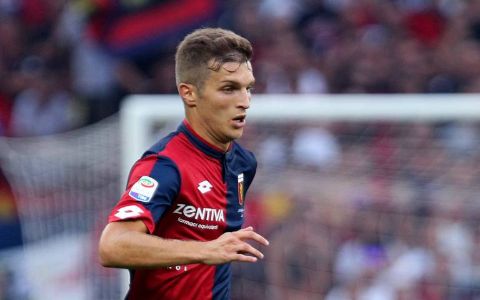 His Transfer value is estimated to be around 4.4 million dollars. His net worth is enough to land him a big house with cars and other luxury items.

Lazovic is a robust man with a height of 5 feet 11 inches. It is without a doubt that a footballer's body is as fit as any human can be. The 31-year-old footballer weighs 71 kg (156 pounds).

Since he was born in September, his birth sign is Virgo. People who have Virgo as their zodiac signs are kind, sympathetic, perfectionists, and quick thinkers. These qualities suit the Serbian footballer a lot.

Lazovic's preferred foot is right. He also plays the role of Left, Right, and Back Midfielder.

Although Lazovic keeps his personal and love life private, we know he married his long-time girlfriend, Ivana Vujovic, back in 2013. Lazovic and Ivana married in his hometown Cacak in the presence of his circle of friends and family. His teammates also reportedly attended his wedding.

Another cute fact about Lazovic is that he chose the date of their marriage as his Jersey Number. They got married on September 8, 2013. They also have a son named Stefan Lazovic

An Insight into Lazovic's Career and Growth

The Serbian left Winger was born in 1990. He enrolled in a football academy named Borak Cacak at the young age of six. He had an innate talent for football. His skills were noticed outside the academy when he started playing for his junior football team.

In February 2009, Lazovic trained with Tottenham FC for a couple of days and was rumored to be transferred to Tottenham when he was about 18 years old.

Unfortunately, Lazovic's contract for Tottenham was never signed, but a Red Star Belgrade club took him in. He couldn't play in the earlier stages of his time in Belgrade due to an injury but later on, went to play an important role in Red Star's UEFA Europa Qualifying Campaign.

His notable work in his football career is that he played alongside Nikola Zigic, a famous attacker. 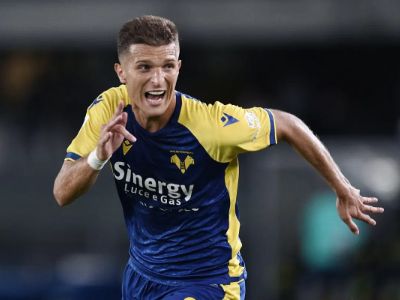 Although the club suffered some internal feuds and instability, Lazovic still went on to play in the club. In an unfortunate turn of events, Lazovic was benched due to a knee injury in a match against Partizan.

His talent and play won him an award for the Best young player in the Serbian SuperLiga in 2010. He became the Red Star Belgrade's Captain in 2014. In his last season with the team, he became the top scorer within the division.

Lazovic would go on to sign a multi-year contract with Genoa. Lazovic scored his first goal in the club on December 16, 2016. The match was only 62 minutes long as it was a continuation match. The previous game was abandoned due to an unusual hailstorm. His team was also named the team of the week in the series A league he played in. Later after his contract expired, Lazovic signed a contract with Hellas Verona, where he currently plays.

Lazovic's most significant losses include playing against FK Vojvodina Novi Sad in 2008 for the SuperLiga cup for Cacak FC. His team went 5-0 against the formidable team. His second loss was against InterMilan, going 5-0 in 2018 playing for Genoa. Although there were games where his team went 5-0, these two were devastating, for he played the full 90 minutes.

Lazovic was rumored to move to Olympique de Marseille in 2022. His talent was sought out by the Olympique club's coach Igor Tudor, and it was nearly confirmed. The managers of Verona stopped the transfer due to financial issues. 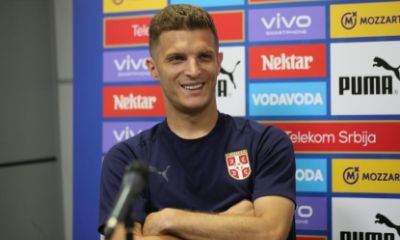 Lazovic also played full games for international cups in 2008 and 2011, which unfortunately ended in a loss. The UEFA Cup 2009 for Cacak ended in a tragic 1:4 loss, and Europa League 2011 for Red Star ended in a 4-nil defeat.

The fantastic player also appeared in international friendly games against Poland, France, and Sweden. He also had an unofficial goal against Sweden, which the referee later disqualified. He has made a total of 23 international appearances in other games.

He has little to no presence on any social media. His pictures and videos of impressive plays are all over the internet, yet his presence is hard to find.

His Facebook page has around 888 followers but without any activity. Lazovic's latest post on his Facebook page was in 2015, where he asked which sides of the team his fans were on. It has been inactive ever since then.

The Serbian player had many losses in his career, yet this did not stop him from persevering and playing through his games. This is why Lazovic won many awards throughout his career.