Darius Bazley is an American NBA basketball player. He was a consensus five-star recruit and the best prospect in his state, earning McDonald's All-American honors in 2018. Bazley blazed his path in the basketball world when he announced his decision to de-commit from Syracuse and enter the NBA G League.

The top-10 prospect of 2018 high school class, Bazley stated that he has decided not to play in the G League and will use the year to train and prepare himself as a professional. Here we have all the details about Bazley.

A Glance over Darius Bazley Career

Darius Bazley was playing basketball but he didn't really take it seriously until the freshman year. Darius played his first two high school seasons at Finneytown before transferring to Princeton as a junior.

He learned to play on during his practice after having his seven hours of school and depriving his much-needed sleep. Moreover, he is the third McDonald’s All-American in the history of Princeton, after Kelsey Mitchell (2014) and Dee Davis (2003). 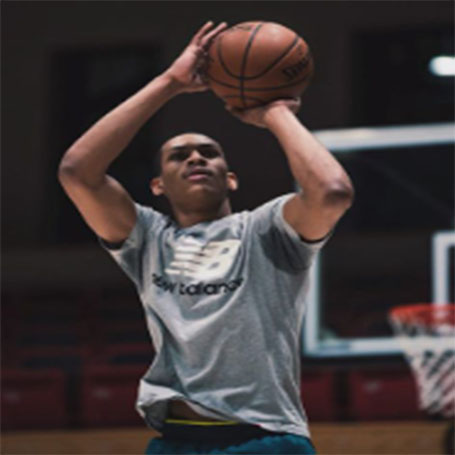 On March 30, 2018, Bazley announced that he would skip college with plans to join the NBA G League, directly after high school. In April, he hired sports agent Rich Paul of Klutch Sports Group. Bazley stated that he would drop his G League plans further opting instead to train on his own for the season.

By taking a year off, Bazley made it difficult for NBA teams to gauge his draft stock. It has not been confirmed yet, in which team will he be playing. He says that

“Just making sure I’m tip-top, that way when I do come out and play, I have the edge on my opponent and I’m not In conclusion to his training, Baizley became one of the first players to enter the 2019 Draft.

Darius Bazley Net worth; How much will he Earn?

Darius Bazley buckled an endorsement deal with New Balance worth up to $14 million and a guaranteed $1 million. He also brands other items including shoes, outfits and sports items. Darius can be expected to have a net worth in millions. His sponsors other than the New Balance hasn't been disclosed yet. 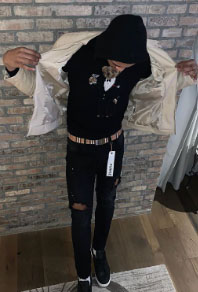 Darius calls himself "The Kings Kid". And so is it, he is living a kings life.

Darius Bazley Personal Life; Who is his Girlfriend?

Darius Bazley is not married yet since he has just ended his college career. However, he might be in a relationship with his girlfriend as he is one of the best NBA future prospects.

Darius is 6 feet and 9 inches tall. He weighs 91 kg. Talking about his posture, Bazley last weighed in August, and since then he gained 12 pounds. In addition to such a height, Darius is the most suitable to play as small forward as well as power forward.

Darius is actively involved in social. He has a huge fan base in his social media. Darius has over 35k followers in his Instagram profile and over 5,138 on Twitter. Darius has garnered his fan through his cozy lifestyle which every teenager would love to. We wish this young stud a blessed career.