Darian Kinnard is a rising American football player. He has been playing for his college team Kentucky Wildcats. Kinnard plays as an offensive tackle for his team. Darian Kinnard has been named in the Consensus first-team All-American 2021, Jacobs Blocking Trophy 2021, and 2 times First-Team All-SEC 2021 and 2021.

Darian Kinnard was born on December 29, 1999, in Youngstown, Ohio. He is the biological son of Cisco. His father played as a receiver at Kentucky from 1983-85. After graduating from Dobyns-Bennett High School, Kinnard enrolled at the University of Kentucky; he stands six feet and five-inch tall and weighs 156 kg.

Who is Darian Kinnard Dating? (affairs and girlfriend)

The Kentucky Wildcat's offensive tackler is single as of the date. He has been focusing on his professional career rather than dating life. Kinnard is kept his love life away from social media, as his Instagram is filled with his professional life.

Kentucky's offensive tackler is believed to be single as of 2022. Nevertheless, he could secretly date someone and wait for the right time to open up about his relationship status.

Kinnard is yet to start his professional career. NCAA does not allow the universities to pay their athletes rather offers them scholarships. He is playing for his college team Kentucky Wildcats, and he might be earning well through sponsorships, endorsements, and merchandise. 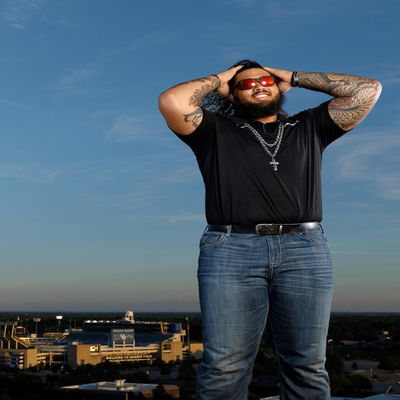 Kentucky's No. 70 might have a great year ahead as he might be joining professional teams in the coming days. His net worth might be a booster to the next level; as of 2022, his net worth remains under review.

Kinnard is fond of tattoos; he loves getting tattoos on his body, especially his arms. 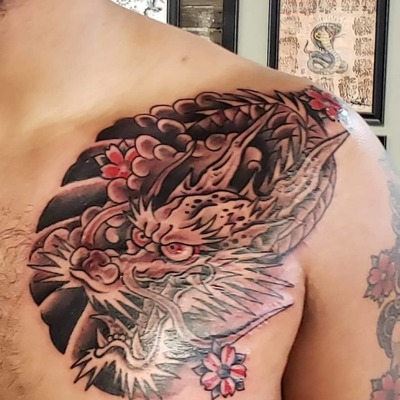 Kentucky's No. 70 had tattooed his left arm a long time ago, and recently he got a dragon tattoo on his left chest, which he posted on his Instagram.

Also, read about the Facts, Salary and Net worth of Alana Blanchard.

Growing up in Youngstown, Ohio, Kinnard got interested in Football, seeing his father. Kinnard started playing football in his Dobyns-Bennett High School and later moved to Saint Ignatius High School, where he played the 2018 All-American Bowl. 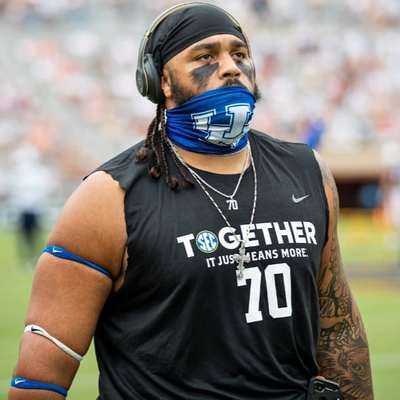 Kentucky's No.70 committed to play for the University of Kentucky, although getting multiple offers from colleges. He has not fully played that much in his college career; Kinnard started 13 games at the right tackle in his sophomore season, where he has named preseason All-Southeastern Conference and All-American by CBS.