Danny Ward, a well-known athlete, is a professional football player from Wales. He plays as a goalkeeper in the English Premier League club Leicester City FC. After the Danish goalie, Kasper Schmeichel, departed to Ligue 1 side to join Nice, he was selected as the first-choice goalie for the team. Also, he is an integral part of the Wales national football team. To date, Danny has recorded 26 international games for his nation.

The Leicester City Goalie Danny Ward was born on 22 June 1993 in Wrexham, Wales. As of 2022, he is 29 years of age, and his sun sign is Cancer as per astrology. He is a right-footed player. Notably, he is also a former player of Liverpool, Tamworth, Aberdeen, and Huddersfield. Well, number one is his jersey number for his present club. Furthermore, Danny is an extended physique with an impressive height of 6 ft 3 inches or 1.91m  and weighs over 88 kg. The further facial description shows Danny has a  wheatish skin complexion and a beard on his face.

Born in Wrexham, he set foot in the football world, joining the hometown football academy Wrexham United at 14. There he played from 2007 to 2011. We can say he is the product of the Wrexham Unite youth system. Afterward, he began his senior professional career as Wrexham United senior player in 2011 but unfortunately, he was briefly loaned out to the Conference team Tamworth for the 2010-11 season. He just appeared in a single match for the team on 12 March 2011 against Hayes and Yeading.

On 30 January 2012, Danny moved to the English Premier League, signing a contract with the Liverpool Football club for a fee of around £100,000. However, he was called for Liverpool's senior squad in a League Cup game against Swansea on 31 October 2012 as an unused substitute. In the middle of his contract, Liverpool obligated him to send him to League tow side Morecambe for one month in March  2015, and debuted on 21 March against Carlisle United. 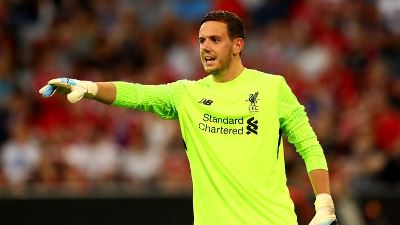 During his tenure there, Danny just played in five games. Likeswise, he was again to Aberdeen for the following season. Ending his loan contract, he joined Huddersfield Town for a season loan in 2016. After his Huddersfield departure, he joined Leicester City on 20 July 2018, agreeing on a four-year deal contract for £12.5 million. He made his Premier League debut with Leicester city on 15 May 2022 in the match against Watford. To date, Danny has recorded seven games for Leicester City FC. Reportedly, his agreement with hus current team ends on 30 June 2025.

Talking about his national team, he is one of the most proficient players on the team. Before making his presence for the Walles senior team, he played at the amateur level at U17, U19, and U21 at the international level. Later, he was first called for the senior team in 2013. Regardless, he got his Wales international debut on 24 March as a substitute player replacing Wayne Hennessey in an international friendly match against Northern Ireland. In fact, he also contributed to his national team in reaching the semi-finals of the UEFA Euro 2016.

Everything in Danny's family background

Despite knowing him as Danny Ward, his actual birth name is Daniel Ward. Danny is a good secret keeper. Till now, he has not said a word about his family matters. Therefore, it remains under the radar for now. However, it's sure that all his family members are the Welsh nationality. Along with Danny, all his other family members are faithful Christians who superiorly believe in its idealogy and philosophy.

Regarding their educational background, Danny attended Hawarden High school in The Hwy, Deeside CH5 3DN, United Kingdom. Nevertheless, there is no data on the faculty or subject he graduated from.

Net worth and annual earnings

According to Salary Sport, Danny Ward's net worth in 2022 equals £7,914,4000. With his annual salary of £1,924,000 and weekly pay of £37,000 from his current club, he is one of the highest-paid Welsh players competing in the Premier League. Likeswise, when he was in contract with Liverpool FC in 2018, he credited a whopping salary of £1,040,000 yearly. Notbaly, he makes most of his earnings from his footballing career. Like other players, he also makes a handsome amount of money collaborating with several brands and endorsement deals. As per the value reported by the Transfer market, Danny Ward is worth €6 million, and his highest value was €10 million on 13 August 2018. Not to mention, ICM Stellar Sports is his agent that carries out all his soccer-related operations.