Daniel James "Danny" Amendola is a professional football player who plays as a wide receiver for the Miami Dolphins in the National Football League. She has also played for the New England Patriots, Philadelphia Eagles, and Dallas Cowboys etc.

Danny Amendola earns $6 million as an annual salary from his current club and has the net worth of $8 million. He has an amazing height of 5 feet 11 inches and weighs 190 pounds.

Danny Amendola was born on November 2, 1985, in The Woodlands, Texas. He is an American player belonging to the white ethnic background. He is the son of Willie Amendola (his father) and Rose Amendola (his mother).

Danny has a brother named Matt Amendola who is also a football player and has played at Baylor University.

Amendola attended The Woodlands High School in The Woodlands, Texas, a suburb of Houston. There he played football for the first time under coach Weldon Willing. He completed his school career leading his team to their first-ever Texas State Championship game. He finished his senior season with 1,045 receiving yards, 129 rushing yards, and 8 touchdowns.

He played at Texas Tech during his college career as a freshman. He completed his college career with 204 receptions for 2,246 yards and 15 touchdowns. He returned 116 punts for 1,283 yards and 1 touchdown, giving him an average of 11.06 yards per return. These performances ranked him third all-time in school history in punt returns and yardage.

As a freshman, He saw limited duty on offense but was Tech's leading punt returner and was named to the All-Big 12 first team as punt return specialist.

Later, he joined the Eagles' practice squad by the St. Louis Rams on September 22, 2009, where he caught 43 passes for 326 yards and 1 touchdown as a slot receiver.

Danny signed a five-year contract with the New England Patriots for $28.5 million, with $10 million of that money guaranteed. He has completed various seasons and played many successful games with the Patriots.

Moving on to his personal life, Danny is half-Italian from his father's side and half-Irish by his mother. He once had a crush on his middle school schoolmate Carmen Electra. The relationship, however, did not last long.

He is currently dating Olivia Culpo, a stunning model and actor who has won both Miss USA 2012 and Miss Universe 2012. 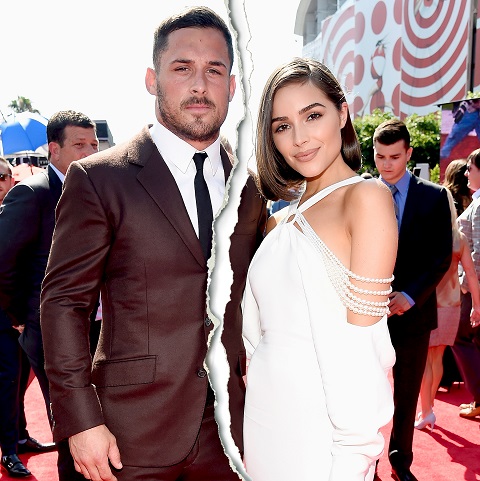 Danny and Olivia met a few years ago and started having an affair. Their relation was confirmed when the couple was spotted at Coachella in spring 2016. He seems to be a good boyfriend as seen in the pictures published in the media and social networking sites.

He was also rumored to be dating an American sportscaster Kay Adams in 2015.

Danny has an extensive list of car collections and the most recent addition to his car collection is the Jaguar, which is priced of $50,000.

His favorite color is black and likes to travel on the beach. His birth sign is Scorpio. He cites his All-time favorite show as "Married with Children".