Daniel Schmidt is a Japanese football player who plays as a goalkeeper for Belgian First Division A club Sint-Truiden. Despite being born in the United States of America, Schmidt plays internationally for the Japanese national team. Schmidt is one of the most important players on his team and has gained massive fame for his outstanding saves in multiple games.

As said earlier, Schmidt plays for Belgian First Division A club Sint-Truiden. Apart from being a part of Sint-Truiden, he has also played for other clubs. In the same way, Schmidt has also represented the national team of Japan in some important games leading them to win titles too. The 6 feet 5 inches tall goalkeeper wears jersey number 21.

Born in Illinois, United States, on February 3, 1992, Daniel Schmidt is 30 years old as of 2022. He holds dual nationality. Not to mention, Schmidt belongs to a mixed ethnic background as his parents are from different nations. 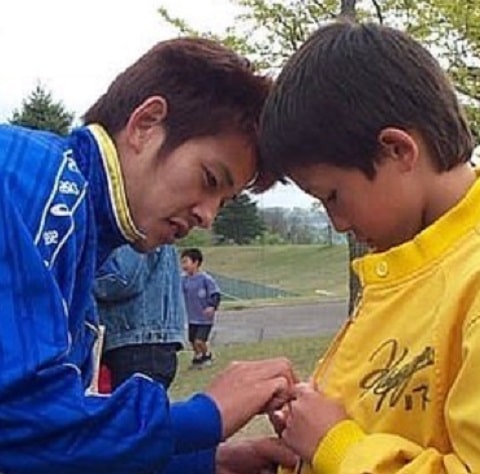 For your information, his father has a German background while his mother has a Japanese background. The identities of his parents are not available in the public domain. As we know, he was born in the US, and later, he moved to Sendai. During that time, he was just two years old. After moving to Japan, Schmidt went to Chuo University for his education.

Wikipedia: Details On His Club Career

Schmidt was interested in playing football from a young age, and his career began with the team Kawasaki Frontale. He played three consecutive seasons as a Special Designated Player for Kawasaki Frontale. After that, he went into the professional ranks in the year 2013.

Later, the Vegalta Sendai team signed him. Despite being signed by Vegalta Sendai, Schmidt's professional debut came in a match against Roasso Kumamoto in April 2014 as he was moved to the club for a one-month loan. And his first match for Vegalta Sendai came when he participated in J. League Cup.

After that, Schmidt was loaned again to Roasso. His term at Roasso was until the end of the 2015 season. Likewise, he was again loaned to another team named Matsumoto Yamaga in 2016.

As mentioned earlier, Schmidt represents the Japanese national team. And he was first called up for an international match by the Japan national football team on August 30, 2018, to participate in the Kirin Challenge Cup 2018. 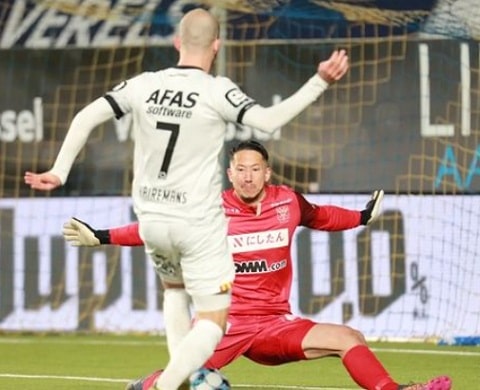 Daniel Schmidt in one of his games SOURCE: Instagram @danstagram_01

Apart from that, Schmidt made his international debut in a friendly match against Venezuela, which was held on November 16, 2018. And on January 17, 2019, Schmidt played his first competitive game against Uzbekistan during the 2019 AFC Asian Cup. The respective match ended in 2-1, and the Japanese team won the game.

Schmidt makes most of his gains from being a professional footballer. He has been playing football for a long time and must have preserved a decent fortune. A report has said that a goalkeeper has an average salary of $51,479. So, Schmidt may earn in the same range being a goalkeeper.

Also, his net worth may be six figures, but the actual amount remains under investigation as none of the media platforms have shared his precise income. Apart from earning from being a footballer, Schmidt may make some profit from sponsorship and endorsement deals. 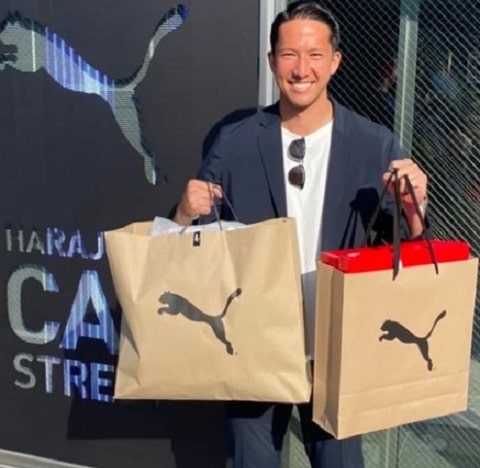 He is associated with Puma and may earn a fair profit working with the company. According to the Influencer Marketing Hub, Schmidt has a chance to make $135 - $225 at the time of this writing as he has gained over 20.7k followers.

Does Schmidt Have a Wife or Girlfriend?

Going through his social media account, we learned that Schmidt is a married man and has a wife. However, the name of his partner is missing from the internet sources. Schmidt has not made a single post about his wife in the media.

On the other side, Schmidt has two kids, both daughters. As Schmidt is secretive, we are unable to mention the name of his children too. He shares a strong bond with his two daughters and has made various posts with them on his Instagram handle. 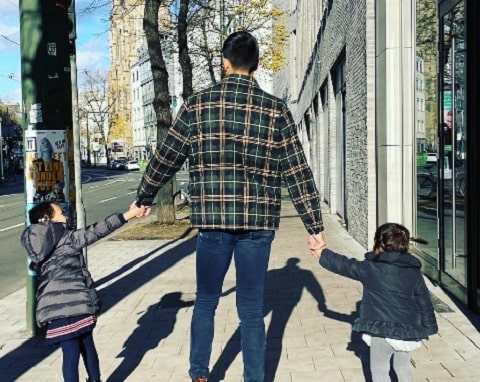 From this, we can clearly see that Schmidt is a married man with a wife. So, due to the privacy concern, he may have kept his nuptial details far from people's eyes. Furthermore, Schmidt may give some info about his love life in the future as his fans have been eager to know about it for a long time.

The professional goalkeeper is an active social media user and has been using Instagram since 2018. His Ig account is already verified and is registered as @danstagram_01. From his account, Schmidt gives updates about his personal and professional life.

Some Facts About Daniel Schmidt