Daniel Salloi is a Hungarian professional footballer who is currently signed to the Major League Soccer club Sporting Kansas City as a striker. Turn full international in 2021, he has been capped three times by Hungary's national team.

How Much Is Daniel Salloi's Net Worth In 2021? Salary, Market Value

Is Daniel Salloi In A Relationship?

Daniel Salloi is a quite confidential person when it comes to his love life. There is no information about his girlfriend or affair in the media. He is known for his profession that is football. Besides, there is no piece of information. He is believed to be single.

Came From A Real Football Family

Raised in Budapest, Salloi is the son, Istvan Salloi, 55, a former professional footballer, and Hungarian international who is currently coaching Kecskemeti TE. Further, Istvan had been a teammate of Sporting Kansas City manager Peter Vermes at Gyori ETO FC. 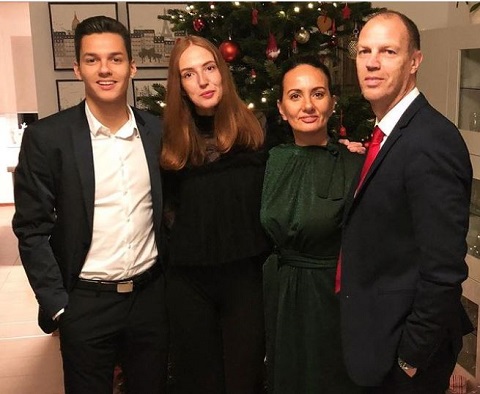 Besides, Salloi has a sister Anna, Salloi. Daniel, often shares family pictures on iG, especially with his sister.

Daniel Salloi went trough the youth ranks of Nemzeti Bajnoksag I club Ujpest FC. In 2014, he moved to the United States as a foreign exchange student and enrolled at Blue Valley Northwest High School in Overland Park, Kansas.

At the very time, he played for the U18 academy of the Sporting Kansas City of MLS.

In July 2015, Daniel Salloi came back to Ujpest FC. On 18th July 2015, he made his professional debut. Exactly one week later, he scored his first professional goal in a 3-1 victory over Vasas SC. Overall, he played 12 games for the Ujpest.

Before the 2016 MLS season, he was loaned to Sporting's reserve side, Swope Park Rangers where he played a total of 10 games and scored 4 goals.

In June 2016, he returned to Hungary to join Vasas for a season-long loan. Following a game, the loan was switched to newly-promoted Gyirmot.

Daniel Salloi played for Hungary u18 and U21 national teams.

On 2nd September 2021, he made his international debut for the Hungary national football team in a World Cup qualifier against England, a 0–4 home loss where he substituted Roland Sallai in the 66th minute.