Daniel Margush is a professional football player from Australia and currently plays in the A-League. He plays in the goalkeeper position for Western Sydney Wanderers and has played for them since 2020. He wears jersey number 1 for his club.

Daniel Margush started his soccer career with Adelaide Raiders in 2014, made his debut for Adelaide United in 2016 and was called to Australia under-23. He joined the Perth Glory for a two-year deal and signed with Western Sydney Wanderers in 2020.

Daniel Margush was born on November 28, 1997, in Adelaide, South Australia, Australia. As per astrology, his birth sign is Sagittarius. 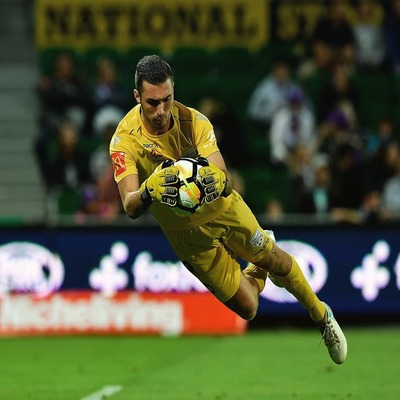 His father's name and mother's name are still not revealed; Margush is a quiet person who has never shared his family background and personal information in public. He grew up with his sister named Stephnie in Australia.

How much is Margush's Net worth? (Career Earnings and Salary)

As per some sources, Daniel Margush is believed to have an estimated net worth of $500,000 which he made through playing professional football for different top clubs.

Talking about his salary playing for the club, he and the club have not disclosed an official statement regarding his salary. Margush's contract with the club expires on June 30, 2022, and his current market value is €400Th last updated on October 1, 2021. 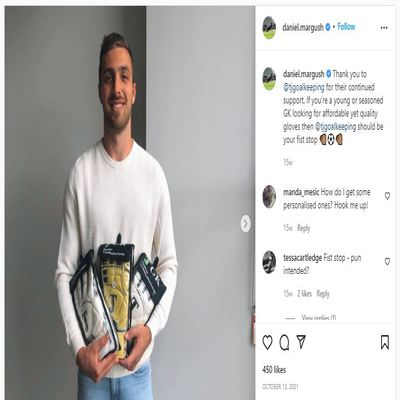 Seeing his Instagram, he has been earning through endorsements and advertisements as well in one of Margush thanked TJ Goal Keeping Australia for helping him out saying.

"Thank you to @tjgoalkeeping for their continued support. If you’re a young or seasoned GK looking for affordable yet quality gloves then @tjgoalkeeping should be your fist stop"

An Australian footballer is a secret person who likes his love life behind the camera. His dating life is still under the radar as he rarely shares them with his fans. 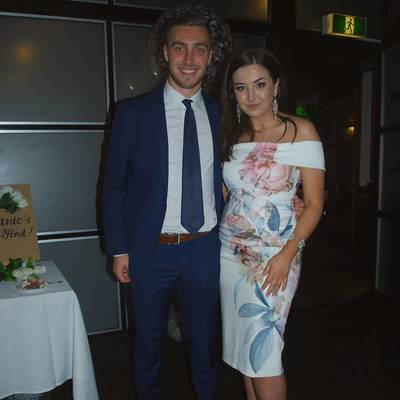 There is not much information regarding the love life and relationship status of Margush.

So, he must be single in 2021 and currently not dating anyone or might be waiting for the right time to flash out to his fans.