Daniel Chacón came to the spotlight as a player for the C.S. Cartaginés football club. Similarly, Daniel also holds a spot in Costa Rica's national football team. Interestingly, Chacón started his international career in 2017's FIFA Under-Seventeen World Cup. And on January 20th of 2022, the young football star started his senior career. But, at the time, Daniel only appeared as a sub for his national team.

Honestly, it hasn't been so long since the start of Chacón's career. Fun fact, the Costa Rican soccer player made his debut in 2017. And more interestingly, Daniel made his senior debut in the C.S. Cartaginés while still being a minor. As an up-and-coming footballer, he holds considerable wealth and assets under his name.

Net Worth and Earning of Daniel Chacón

Daniel Chacón currently holds an estimated net worth of $200k. Most of his wealth comes from his salary as a footballer. And sponsorship and promotional deals add up to Daniel's wealth. And a fellow Costa Rican player Keylor Navas owns an approx. $36 million as his net worth. 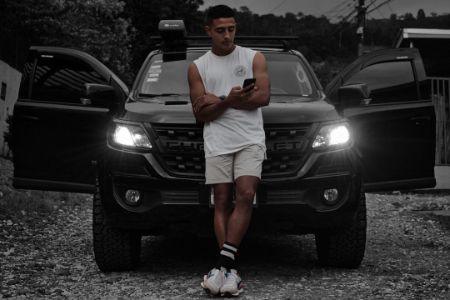 C.S. Cartaginés, the football club where Daniel plays, is a giant in his home country. In the Primera División de Costa Rica 2022, Chacón and his club bagged the victory. Similarly, Cartaginés has won the Costa Rican Cup five times.

Although Chacón chose to keep his earnings from the club hidden, many online sources state a professional footballer in Costa Rica earns around $100k annually. Likewise, sponsorship by different brands also contributes to players' riches. Despite keeping most of his assets hidden, Daniel posted pictures of his vehicle on his Instagram. And the Costa Rican soccer player drives a Chevrolet Colorado, with a starting price of $25,200 to $43,690.

Daniel Chacón started playing football at a very young age. And the talented young footballer joined C.S. Cartaginés throughout his junior journey. Likewise, he would then be able to move up to a senior career on November 19, 2017, at sixteen. Chacón then scored his first goal on 27th September 2020. And the young athlete scored his first point against Saprissa. In 2020, Daniel was supposed to transfer to G.D. Estoril Praia, but the deal failed, and he stayed at Cartaginés. Brian Crookham also stated that Chacón is one of the most talented players in his generation of Costa Rican footballers in 2022.

In 2017, Chacón joined Costa Rican national youth team. And the talented young soccer player played in 2017's FIFA U-17 World Cup. And in 2021, Daniel joined the senior squad as a substitute. Once again, in 2022, he appeared as a sub in the 2022 FIFA World Cup qualifying match against New Zealand, winning against them 1-0.

Daniel Chacón was born in the Turrialba district in Costa Rica. His parents gave him the name Daniel Alonso Chacón Salas. Likewise, the talented footballer was born on April 11th, 2001. As such, Chacón is in his early 20s. 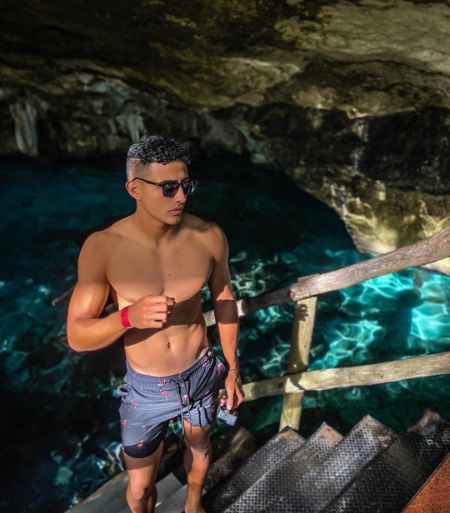 The Costa Rican footballer stays in optimum human physic. Also, Daniel stands at 183 CM or six feet on the dot. Similarly, Chacón weighs around 76 kilograms approx. He is an avid social media user; as seen in some of his shirtless pictures on Instagram, he is shredded.

Although the twenty-one-year-old soccer star gained a massive spotlight, Chacón keeps a low-key lifestyle. Much about the young footballer remains a mystery. Likewise, his early life stays hidden from the world.

And on the same note, Chacón keeps his love life away from the spotlight. And as such, many of his fans remain restless about his relationships. However, the talented Costa Rica footballer appears to be single. And more focused on the upcoming 2022 FIFA World Cup.