Dan Snyder is a successful American businessman who is the co-owner and the co-CEO of the National Football League (NFL) team named Washington Football Team, formerly known as The Washington Redskins. He is also the founder of Snyder Communications.

Hailing from the suburbs of Silver Spring, Maryland, Dan Snyder was born in 1964. He celebrates his birthday on the 23rd of November every year, making him 56 years old as of now. As per his date of birth, his zodiac sign is Sagittarius.

Additionally, his birth name is Daniel Marc Snyder. His father's name is Gerry Snyder and his mother's name is Arlette Snyder. Apart from his parents, he has a sister named Michele Snyder. As for his education, he attended Hillandale Elementary School.

Then, he went to Charles W. Woodward High School. Later, he enrolled at the University of Maryland, College Park, but, dropped out after a brief period.

Dan's Net Worth Details and Properties

As per Forbes in 2020, Dan Snyder reportedly boasts a hefty net worth of $2.6 billion. He is earning such fortune from his successful business ventures and as the co-owner and co-CEO of the Washington Football Team.

Due to his hefty earnings and very stable financial conditions, he was able to buy a yacht Lady S, which has an IMAX theater in it, for a whopping price of $192 million. Likewise, thanks to his huge net worth, he can afford some expensive cars or other vehicles that he gets fond of. 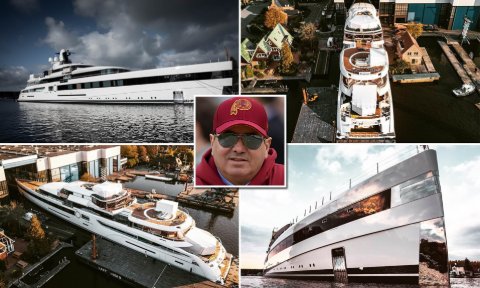 As for the house he owns, Dan bought a huge mansion back in 2000 for a price of $8.64 million. The mansion is located in Potomac, Maryland, and is known as the River Mansion. As of this date, the American businessman's 30,000-square feet mansion values at more than $49 million. It was reported that the mansion was put on sale in October 2018, but, it's not revealed if the house was sold or not.

A small amount of his fortune was added to his pocket when he sold his company, Snyder Communications, for $2.1 billion in stock, back in 2000. In addition to that, Snyder's earnings increase every with through the ticket and seat-sales of the Washington Football Team.

Dan Snyder was into the business from a young age, so much so, that he even drop out of college to continue to follow his interest in the business field. In 1989, he founded Snyder Communications alongside his sister.

Later, in the May of 1999, he purchased the National Football League team The Washington Redskins. Since he bought the team, its annual revenue increased from more than $100 million per year to around $245 million per year. 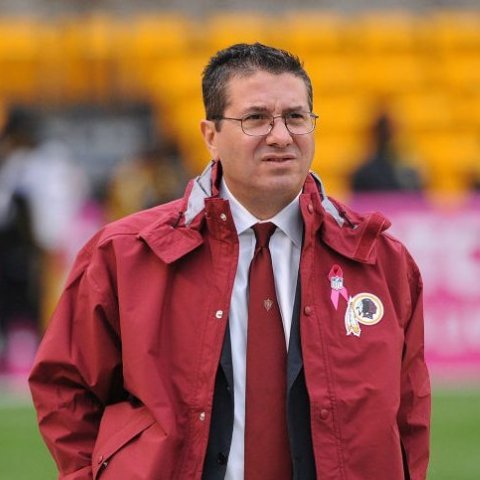 One year later, he sold his company (which he founded alongside his sister) to a firm named Havas for an amount of 2.1 billion dollars in stock. Afterward, he began to focus on the NFL team and other business ventures of his.

Some of that is that he is the principal investor and owner in red Zebra Broadcast, previously owned the expansion rights to an Arena Football League, has a 12% stock at Six Flags, and many more. Well, it can be said that Dan Snyder does know how to run a business successfully, and his ventures might increase in the future.

Dan Snyder is a happily married man with a marital relationship lasting over 26 years. His wife's name is Tanya Ivey, a former fashion model from Atlanta who is the current co-CEO of the Washington Football Team.

The now husband and wife duo shared the wedding vows back in 1994. Since then, they always have been together and have supported each other in every possible circumstance. In their marital life, Dan and Tanya have been blessed with three children: two daughters named Tiffanie and Brittanie and a son named Gerry. 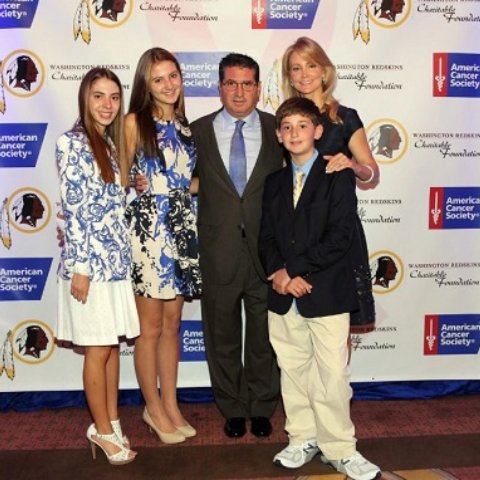 Dan Snyder with his wife and children SOURCE: dreshare.com

To this date, there has been no news of the married couple having disputes in their relationship or separating. If anything, it only seems like their bond is getting stronger and stronger with each day passing by.

All of the family members have been successful in their lives and relish a healthy life. Currently, the family of five lives in their Potomac, Maryland residence.