Dan Ige well known by the ring name Dynamite is an American MMA fighter currently signed to the UFC under the Featherweight division. Earlier, he has competed at the Star Elite Cage Fighting, Titan FC, Legacy Fighting Championship, Pancrase, and the RFA.

Honolulu, Hawaii native, Dan Ige was born on August 6, 1991, under the star sign Leo. The 5 ft 7 in (1.70 m) tall holds an American nationality and came from the white ethnic background.

The UFC featherweight fighter, Dan Ige's net worth is approximately $0.5 million as of 2020. His income is widely influenced by MMA. As reported, fighters at UFC make a base salary on fight night no matter what the result is, however, there is typically a win bonus involved for the winning fighter as well as fight of the night bonus and reebok sponsorship.

Before UFC, he fought at Legacy Fighting Championship, Pancrase, the RFA, and Titan FC. The local events pay their fighters $1000 on average as a base salary on fight night.

Moved To Las Vegas With $27

In 2016, Dan Ige and his long-time girlfriend relocated to Las Vegas only with $27 with their name. Almost after 3.5 years in MMA, he scored a house in Las Vegas, Nevada. He shared this news giving a Instagram shoutout with the caption, "So crazy to think we moved to Las Vegas 3.5 years ago with literally $27 to our name at the time..." 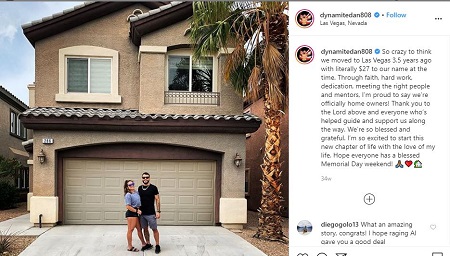 That same year, the couple also bought their first car, Hyundai. It seems like, the couple is living a quality life.

Married To Health and Nutrition Coach

Dan Ige and her long-time girlfriend, Savannah tied the knot in January 2016, Haleiwa, Hawaii. The couple has known each other since their teen and dating since 2010. Let's say the duo is together in every up and down in their life. 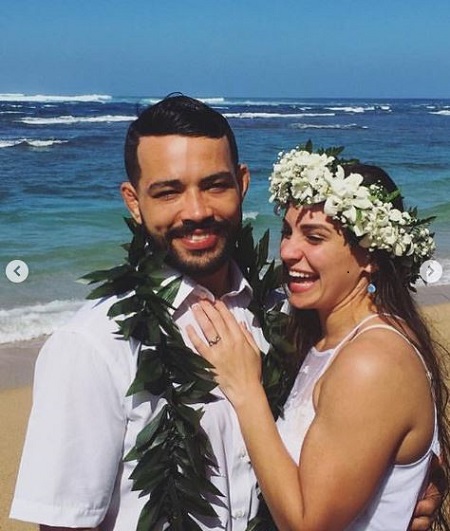 Dan and Savannah often share their pictures via their respective socials telling how much they are blessed to have eachother.

Following a victory on Dana Whites Tuesday Night Contender Series, Ige signed with the UFC. On 20th January 2018, he made his debut at UFC 220 against Julio Arce where he eventually lost the fight via unanimous decision.