Daniel Evans, a.k.a. Dan Evans, is a British professional tennis player who is a Davis Cup Champion. Currently, he is ranked #31 in the world as well as is the current British No. 28. His two ATP Tour finals to date have been the 2017 Apia International Sydney (losing to Gilles Muller), and the Delray Beach Open (losing to Radu Albot). In Grand Slam events, Evans reached the fourth round of the 2017 Australian Open and has made five third-round Slam appearances.

Solihull, West Midlands native, Dan Evans, was born on 23 May 1990, under the star sign Gemini. The thirty-one years old is British by nationality and is of white ethnic background. He stands 1.75 m (5 ft 9 in).

As of 2022, Dan Evans' net worth is estimated at $2 million. The primary source of his earnings is his pro tennis career. Professional tennis players make money through 4 different income sources, tournament prize money, endorsement deals, playing exhibitions, and bonuses. As of March 2022, he made prize money of $4,894,127, combining singles and doubles.

Dan currently resides in Cheltenham. However, there is no information available regarding his real estate properties and cars.

Who is Da Evans' Girlfriend?

Dan Evans is in a relationship with his long-time girlfriend, Aleah. The couple lives in Gloucestershire, in Cheltenham town center, where they has settled there almost four years ago when Aleah was working in nearby Winchcombe. 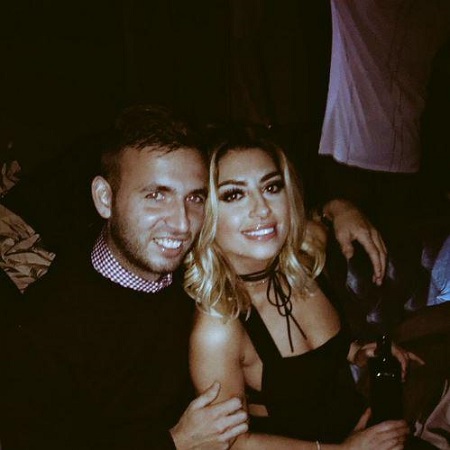 Evans's girlfriend could often be seen supporting him in the stands during his games. She was also instrumental in helping him return to tennis following his 12-month three years back. However, more information regarding her is currently unavailable.

In April 2017, he was banned from playing professional tennis due to testing positive for cocaine. After a year, he was eligible to return to the professional circuit on 24 April 2018. Dan revealed, "COCAINE RUINED MY LIFE Dan Evans reveals drugs shame turned him into 'worst boyfriend ever' to girlfriend Aleah." Further, he added, "I vowed never to touch cocaine again after it 'let down my family and brought the unwanted press to tennis."

Evans is the son of David, an electrician, and Bernadette, a nurse. Further, he has two elder sisters. At the age of seven, he first played squash with his father, at the local squash and tennis club, the West Warwickshire Sports Club in Solihull, only falling into tennis by chance a couple of years later.

Later, he started training in earnest, moving to Edgbaston Priory, aged 10. By the time he was 13, he had relocated to Loughborough to live with a host family while training at the LTA's academy at Loughborough University.

In September 2009, Evans made his Davis Cup debut for Great Britain against Poland. He won picking fifth rubbers in matches from 2012 and 2013, against Slovakia and Russia, respectively, helping Great Britain progress to the Davis Cup World Group.

Also, Evans played in the Semi-Final against Australia, losing both of his rubbers. Furthermore, he was a substitute for the Final against Belgium, with Great Britain in 2015. He won the Davis Cup, the nation's first success in the tournament for 79 years. The Davis Cup team was awarded the 2015 BBC Sports Personality Team of the Year Award.