Damir Kreilach is a professional Croatian footballer who currently plays for Real Salt Lake in Major League Soccer. The #8 player for RSL mainly plays for the central midfield position and is currently the top scorer of Real Salts in 2021. But he can play as box-to-box and attacking midfielder and even a false 9.

The versatile midfielder is currently having his career highest peak in Salt in MSL at the age of 32. But do you even know how once a war refugee overcome his difficulties to be as he is?  Let's explore what the Croatian has to suffer and has achieved, all in all.

Damir Kreilach was born on 16th  April 1989 in Vukovar(Vukovar-Sirmium), the easternmost county in Croatia. MLS star Damir's father was a shoe cobbler who later joined the war to fight for the Croatian independence war. At that time, he was just four.

So, the early life of Kreilach was not easy. Being affected by the Croatian war of independence, he and his family had to move from their original hometown, Vukovar.  Finally, Kreilach's family reached to Croatian coastal town on the Adriatic Sea.

Once he said, "When we moved to Opatija, we started from zero.”

Born talent, Damir started his playing career at the early age of six.  He used to play football in the streets of Opatija. It was then, NK Opatija, a third Division Croatian club, at that time, noticed the young talent and signed him.

The child prodigy did not have to wait for much to play his professional career and started playing professionally for Rijeka, a first division club in Croatia on April 12, 2008. There, he played 128 matches and scored 19 goals. He even became the top scorer of his club, in the 2011-12 season, scoring 9 goals. 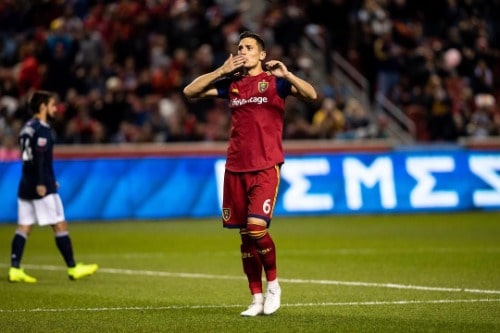 Then, in 2013, he transferred to Union Berlin, a second division club in Germany where he scored 33 goals in 147 matches in 5 seasons.

Fact: In week 12 in MLS, Real Salt Lake's star midfielder was voted the MLS week of the player.

In his debut season at RSL, RSL star went on scoring 15 goals as a midfielder and provided 9 assists too. Eventually, the RSL mid-fielder won the club's 2018 golden boot.

Impressed by the Croatian midfielder, Claret and Cobalt, extended his contract till the 2022 season with an option for 2023.

The Croatian midfielder Kreilach played for U-19 and U-21 teams for Croatia.  But, the former Rijeka star never had a chance to play for Croatia senior team.

Damir Kreilach is currently married to Ivana Kreilach for five years. Damir and his partner Ivana were in a relationship for 7 years before turning their love affair into marriage. Damir and Ivana got married on June 12, 2016.

The pair frequently shares their romances and love through their social media. 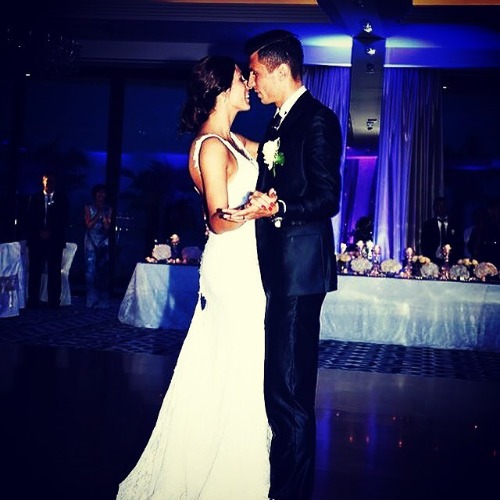 Damir's wife Ivana's birthday is on October 23. The couple has two children, both daughters. Damir Kreilach with his wife Ivana Kreilach and their son and daughter SOURCE: [email protected]

What is the net worth of Damir Kreilach?

According to transfermarkt, the RSL midfielder Damir Kreilach's estimated net worth is $2 million as of 2021. His main source of income is his professional football career. His base salary and guaranteed salary at Red Salt Lake is $1.2 million and $1.35 million respectively.

Check out more at PlayersWiki.