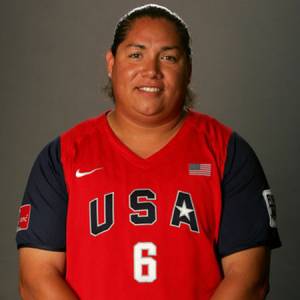 Two times Olympic gold medalist Crystl Irene Bustos, popularly known as The Big Bruiser, is an American professional softball player plays in the position of third base position or designated hitter. Besides, she also played for the USA National Team in several events internationally.

Bustos, who was named the, 2008 USA Softball Player of the Year, took retirement from international competition after competing at the 2008 Beijing Olympics. If you want to know detailed information regarding the net worth, salary, and personal life or love affair Crystl Bustos just scroll down.

Crystl Bustos Net worth in 2019; How much is her Salary?

Crystl Bustos hasn't so far clearly reported about her net worth and salary but it is estimated that she might have accumulated a total net worth of above $1.5 million as of 2019.

Similarly, Bustos' salary is approximated around $30,000 annually and her career earning is around $5 million since she is one of the reputed players of softball. As per some of the trusted websites, the salary of softball players is ranged between $8,000 to $50,000 a season.

Crystl might have earned some money from sponsorships and endorsements but it has not been confirmed yet. She is living a lavish life along with her family. She is also the owner of Ruthless Sports Training which trains softball.

Crytl Bustos is a married woman as mentioned by some of the news portals and websites but so far Bustos hasn't given a single hint on her official social sites regarding her personal life. Her husband's name is reported to be Lonnie and the couple has been married since Crystl was 17 as reported by some news portal.

There are reports that she has children as well and she is happily living her married life. Crystl loves to remain low-profile so she rarely shares information about her personal life to the general public. Talking about her likes and dislikes, she loves pets.

He’s said go on do it I dare you come on this yard. don’t mistake my kindness for weakness. PQB GeeBuddy in da house @playersquartersbullies #ruthlesssportstraining #Ruthless

She has reported that she has cows and horses on her farm. Besides, she also has some pet dogs with her. Her favorite vacation spot is the Bahamas and she is afraid of sharks. Bustos favorite movies are Scarface, Young Guns and The Godfather.

Crystl Bustos was born to parents George Bustos and Diana Bustos on September 8, 1977, in Canyon Country, Santa Clarita, California, United States. Her father was a VCR repairman. She holds American nationality and belongs to the mixed ethnic group.

Bustos spent her childhood in Canyon Country, California with her two brothers, Gabe and Victor, and a sister, April. 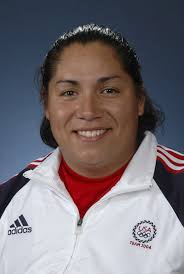 Crystl Bustos is a famous softball player who started her career back in 1994. Since then, she has achieved many awards and trophies because of her outstanding performance. Her accomplishments are listed below:

Bustos also served as a field manager for the Akron Racers in 2009 but she returned to the playing field later in 2010.