Cristiano Ronaldo netted the first goal Early in the Game and Second Goal in Later part of the First Half, to be Countered By Costa at 54 minutes of the game 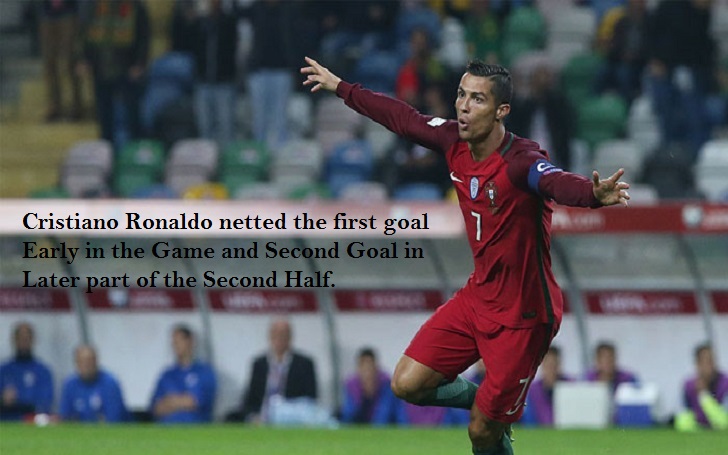 Cristiano Ronaldo netted the first goal Early in the Game and Second Goal in Later part of the Second Half. The Game was super interesting up until the first half, as CR7 scored his first goal right after the fourth minute to give Portugal a good hope but the happiness was later shattered by Diego Costa which could last forever till Ronaldo scored again.

Earning an early penalty Ronaldo netted the first goal and then it was returned well by Spanish forwarder Diego Costa scored another lovely goal for Spain against Portugal in the 24th minute handing Portugal an Equalizer.

After missing several good opportunities, Portugal's Cristiano again was able to hide his scoring shot and trick Spanish Goalkeeper David De Gea and score an amazing goal for the second time. The keeper despite having a good reflex and proper goal control couldn't stop Ronaldo's shot taken with a solid precision. The worst thing about that goal was that the ball deflected into the net even after David De Gea's touch.

Later in the 54th minutes, Diego Costa again Equalised the goal to get a 2-2 score on the scoreboard.