Cristian Roldan is an American professional footballer who currently plays for the Seattle Sounders FC of Major League Soccer (MLS). The defender previously played a season for Washington Crossfire (2013-2014).

Born on 3rd June 1995, Cristian Roldan played a season for the Washington Huskies men's soccer team which represents the University of Washington. At the international level, he represented the United States U20 team and since 2017 plays side United States National Team.

Seattle Sounders FC jersey No. 7 midfielder, Roldan is currently earning an annual salary of $596,542 per annum from the team. Raul Ruidiaz and Nicolas Lodeiro are the highest-paid athlete of the team.

A Nike athlete, his endorsement deal must be lucrative. His other source of income is considered United States National Team, where he has been capped 19 times without a single goal. As of 2020, his net worth is approximately $0.5 million.

Cristian Roldan is in a relationship with his long-time girlfriend, Ciana Nicole Baron, a transplant physician assistant. Roldan started featuring Ciana's pictures on his social since July 2015. It is assumed that the duo began dating from 2015 if not then longer. 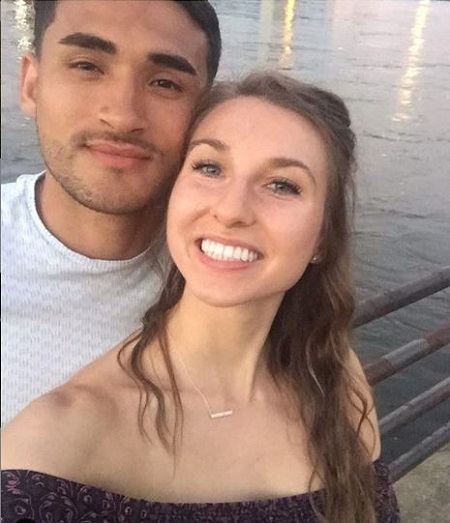 Roldan often posts how much he miss his girlfriend via his IG. Not to mention his sweet birthday and Valentine captions. On the other hand, the wag prefers a low key personal life and has set her socials private.

Cristian Roldan is the son of Cesar and Ana, each left civil-war ravaged Guatemala and El Salvador, respectively, to start over in the U.S. His parents met soon after, married, and moved to a town east of Los Angeles, where they raised Roldan and his two other siblings.

On 10th November 2019, he played for Seattle in a 3-1 home victory over Toronto FC in the 2019 MLS Cup Final. In the game, he was involved in the build-up to his team's opening goal, upon clashing with Jonathan Osorio, who lost the ball while Seattle went on to score with Kelvin Leerdam.