Cristian George Ganea is a Romanian professional soccer player who plays for Greek Super League Club Aris Limassol FC as a left-back and the Romania national team. At Viitorul Constanta, he won the National League in 2017. He initially played for Inter Viisoara, Basconia, and Indartsu before joining Mallorca in the 2010-11 season as a youth.

0n May 24, 1992, the Romanian international Ganea was born in the beautiful place of Romania called Bistrita. As per the astrologers, his zodiac sign is Gemini, and he is 29 years old currently. Ganea is the right-footed player and wears jersey number 22.

The Aris Limassol Fc left-back Ganea is the son of his mother Adina Ganea. He hasn't revealed other family details so it's still under the radar. Though he was born in Romania, he and his family immigrated to the Basque region i.e., Spain when he was a child.

Ganea grew up there. His close ones and relatives are still there. The Bistrita-born defender spent several years playing with Basque clubs representing at the U-18 level making him eligible for Athletic Bilbao.

The Romanian native right-back played soccer from an early age. After immigrating to Spain and playing for several years for the Basque club, he signed RCD Mallorca in 2010. He was loaned to the fourth-tier club SD Santana for one and half-season a year later.

The Romanian international began his senior career playing for Mallorca B in 2011, signing a three-year contract, but he didn't play a single match. In Jan 2013, Ganea returned to his birth country signing second division club FCM Targu Mures. The Aris Limassol FC right-back mainly was on the transfer list market. 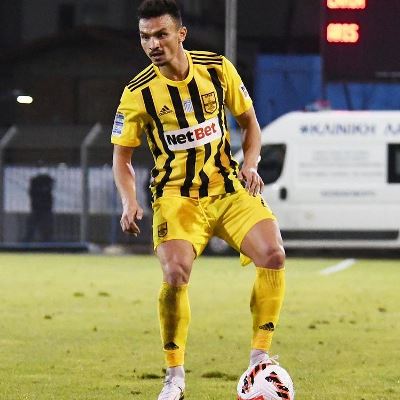 After his transfer to Seaeata Navodari for Liga II for a season, he was again transferred to Viitorul Constanta in 2015, owned and coached by the former Romanian international Gheorghe Hagi. His days at Viitorul were going quite well. The following year, he helped Viitorul win the Romanian league title for the first time in their history. Ganea played in 94 games, adding eight goals to his tally.

After his tenure there, he then assured to join Athletic Bilboa signing a three-year deal on January 15, 2018. He made his debut game for Bilboa on November 28, 2018, in a Copa del Rey game against Huesca as a substitute player. Athletic Bilbao then loaned him to Segunda Divison side Numancia until June. After returning to Bilbao from the Seunda side, he was again affected by his injuries and made no further appearances.

On August 11, 2020, his contract got terminated at Athletic Bilbao. On a two-year warranty, he joined Aris Thessaloniki on August 14, 2020. To date, he has appeared in overall 45 games adding 1 goal to his name.

Talking about his international career, he debuted for Romania on June 13 2017 in a friendly game against Chile.

Cristian Ganea's annual earnings and net worth in 2022

The 29-years old right-back basic income source is playing football from top clubs. The Romanian international has played for numerous clubs till now. Thus, he must have added good fortunes to his net worth to date. 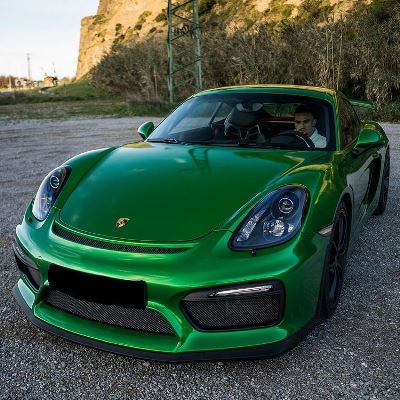 When he joined Aris Limassol FC, he netted a whopping weekly salary of £7400 summing up to £384800 per year. Hence, Cristian Ganea has an estimated net worth of $5Million. Apart from football, he boosts up his net worth from endorsement deals and sponsors.

Last updated in Jan 2020, Ganea holds the market value of 1M Euros. As per the Transfermarkt, his contract with Aris Limassol Fc expires on June 30, 2020.

Who is Ganea dating?

The Romania international is in a romantic relationship with his long-term girlfriend Mary Maria. The love birds quite often go on vacation together. 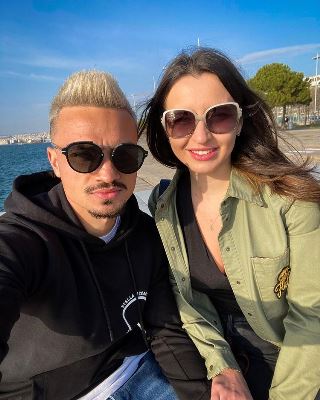 They both are very open about their love life. Ganea's Instagram account is almost filled with their photos. The duo is pleased and satisfied with each other.