Cole John Bassett, aka Cole Bassett, is a professional football player from America and currently plays in the Eredivisie club, Feyenoord, on loan from Colorado Rapids. Bassett has played in the midfielder position for Feyenoord since 2022 wearing jersey No. 19.

Who is Cole Bassett? (Early Life and Family)

Cole Bassett was born on July 28, 2001, in the beautiful town of Littleton, Colorado, the United States. According to astrologers, Bassett belongs to the Leo zodiac family. 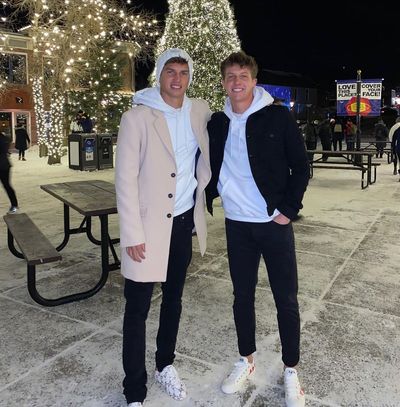 Although Cole Bassett has not given much information about his parents to the public, his parents were supportive of Bassett's soccer. He has a younger brother named Sam Bassett, who played soccer for the Colorado Rapids Academy.

Bassett weighs over 68Kg. Talking about his appearance, he has short brown hair with brown eyes.

What is the Net worth of Cole Bassett?

According to the sources, Feyenoord's midfielder has approximately an estimated net worth of over $500K. Bassett's property includes his money, earnings, cars, houses, and assets. Adidas endorse Bassett. He makes decent earnings through such deals. 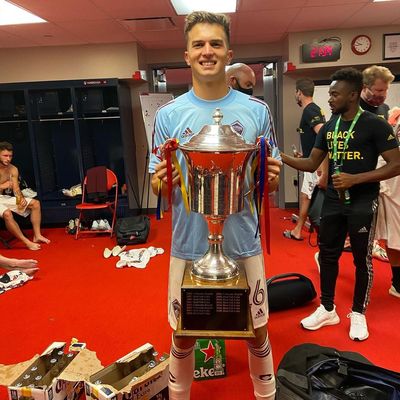 United States's midfielder mainly earns by playing football for a different top club and earns from various sponsorships and brand deals. He played for Colorado Rapids U-23 and Colorado Rapids, through which he might have made decent money.

Playing for Feyenoord, Cole Bassett has an annual salary of $110,000.00 per year playing for the club. He is one of the young admired players who has boosted his career in a short period of time.

Bassett has been playing professional soccer from a young age, and he might boost his career in millions in the coming years. 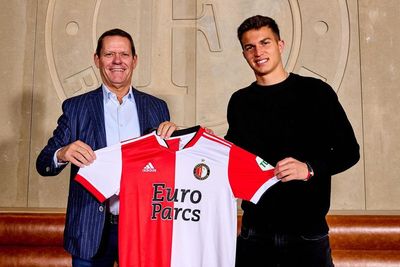 The United States midfielder Bassett's contract with the club ends on December 31, 2024, and is valued at €6.00 million, last updated on November 2021.

Who is Cole Bassett's Girlfriend? (Affairs and Relationships)

Cole Bassett is single as of 2022, and his social accounts do not share any romantic relationships with girls. Also, there are no records regarding Bassett's girlfriend, and he is focused on his professional career rather than dating.

Feyenoord's midfielder Bassett's Instagram is filled with all his professional journeys, where 20.2 K followers follow him on his Instagram. From Bassett's posts, he is close with his mother and brother, or he might be dating in secret and waiting to announce to his fans.