Cliff Drysdale is a former professional tennis player of the 1960s and early 1970s. He along with Jack Kramer, Donald Dell, formed the Association of Tennis Professionals (ATP) and became its president. Further, he was ranked World No. 4 in 1965 by Lance Tingay of The Daily Telegraph.

Cliff Drysdale's Net Worth & Career Earnings As Of 2020

Eric Clifford Drysdale has an estimated net worth of over about $5-6 million, as of 2020. He has an average salary of $39,910 annually as a tennis commentator on ESPN.

He doesn't seem to be active in social media.

Cliff Drysdale's first marriage was with Jean, a world-class tennis player. He has 2 children with his late wife Jean. She was the sister of his Davis Cup teammate Gordon Forbes. The couple got married in the Chelsea section of London. Unfortunately, she died of a rare disease in 1984. 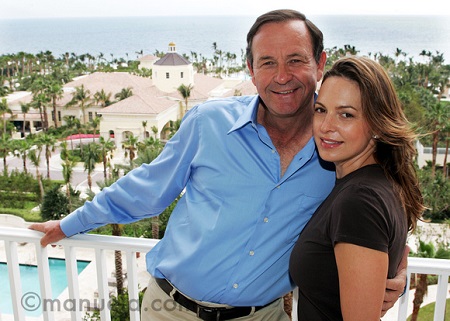 Later, he married his second spouse, Dianna Belmonte. The couple got married in 2011. Since then, they have been living a happy and content life without any signs of separation.

Cliff Drysdale currently resides in Miami, Florida with his wife. He hasn't revealed further information regarding his family life.

Eric Clifford Drysdale was born on 26 May 1941, in Mbombela, South Africa. As per his nationality, he is originally South African and later obtained his American citizenship. Further, his star sign is Gemini.

Cliff Drysdale reached the singles final of the U. S. Championships in 1965 after beating Dennis Ralston and Rafael Osuna before losing to Manuel Santana. Furthermore, he was one of the Handsome Eight, a group of players signed by Lamar Hunt for the WCT group. He along with Jack Kramer and Donald Dell formed the Association of Tennis Professionals and became its president. 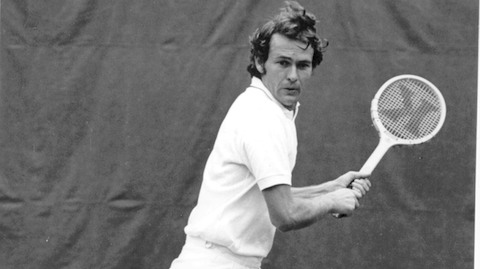 Drysdale went on to win the singles title at the Dutch Open in Hilversum in 1963 and 1964. In 1965 he further won the singles title at the German Championships by defeating Boro Jovanovic in the final. During his Open era career, he captured five singles titles and six doubles titles including winning the 1972 U.S. Open doubles crown with Roger Taylor. He won against Rod Laver in the fourth round of the first US Open in 1968 and was a pioneer of the two-handed backhand. 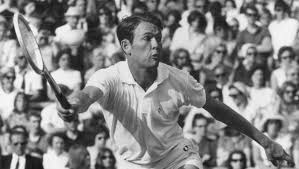 Drysdale became a naturalized United States citizen after retiring as a player. Currently, he serves as a tennis commentator on ESPN. He is also the founder of Cliff Drysdale Tennis along with his partner Don Henderson and it specializes in resort, hotel, and club tennis management.

Eric Clifford Drysdale was not only a world-class athlete but also has a very attractive individual. The former tennis star is 6 feet 2.5 inches in height and weighs around 76 kg.