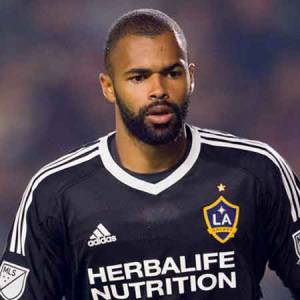 Clement Diop is a Senegalese footballer who was signed by the Montreal Impact on 9 January 2018. Details of his contract with Montreal Impact has not been disclosed. He was previously playing for the famous MLS team LA Galaxy where he has reportedly had a salary of $65,625.

Diop was born in France but is of Senegalese descent. He was called up to the youth national team of France but as a senior, he represented Senegal national football team on June 5, 2017, in a friendly match against Uganda.

Clement Diop Degound was born on 12 October 1993 in Paris, France. He was raised in France where he also learned to play soccer. In his youth career, he played for teams like ES Vitry, Ivry, and Amiens. No information regarding his family and educational background is available.

Clement Diop began playing for the Amiens SC for the start of his senior career. He was unable to make the first team for three seasons and served as a backup for the team during that time. He became a starter for Amiens II, Amiens' reserve team for two seasons. On 25 August 2012, he made his debut for Amiens II playing against Calais RUFC, where he was able to keep a clean sheet in a 1-0 win.

Diop stayed at Amiens from 2011 to 2014. In March of 2015, he moved to the USL club LA Galaxy II for the 2015 season. His debut for the LA Galaxy II came on 23 March 2015 playing against Real Monarchs SLC which ended up in a draw. He was able to perform outstandingly in his very first season with the team winning the 2015 USL Western Conference as well as reaching the USL Championship finals with the team.

LA Galaxy II lost the finals to Rochester Rhinos with a score of 2-1. Clement Diop was replaced by Bennett Sneddon late in the extra-time. A late header from Asani Samuels resulted in the loss of Galaxy II. After the end of the season, Diop was announced to have been signed to a first-team contract for the forthcoming MLS Season.

You May Also Be Interested To Read: Johan Venegas Biography

Diop made his first MLS debut with LA Galaxy on 14 June 2015, in the fourth round of the U.S. Open Cup against La Maquina FC. The game was won by Galaxy in the extra-time with the final score of 4-1.

Diop continued to play for the Galaxy till the end of the 2017 season. During the MLS Waiver Draft following the 2017 season, the Montreal Impact acquired Clement Diop. On 9 January 2018, Diop signed a two-year contract with the club, any further details of the contract has not been disclosed.

Clement Diop maintains a low profile when it comes to things about his personal life. There has not been any information about Diop having married as such he does not have a wife or child.

However, he is in a relationship at the moment. He posted a picture of his girlfriend on his Instagram account on February 14 of 2018. However, there are no further details of his girlfriend.

Net Worth of Clement Diop

Due to the lack of information regarding his personal assets and current financial revenues, Clement Diop's net worth remains under review at present.