Cindy Dandois a.k.a. Battlecat is a Belgian Mixed Martial Artist (MMA) fighter who is currently signed to the Professional Fighters League. A professional since 2009, she previously competed at M-1 Selection, Invicta FC, UFC, Rizi World Grand Prix, and Bellator. To date, she has compiled a MMA record of 12-4-0 (win-loss-draw).

Born on 26th October 1984, Dandois started judo training at the tender age of five and freestyle wrestling at age 8 under Joseph Mewis. Dandois later transitioned into mixed martial arts and trains at Xtreme Couture Mixed Martial Arts while she is in the United States.

How Much Is Cindy Dandois Net Worth As Of 2020?

Along with name and fame, Cindy Dandois earned a decent fortune through her decade of MMA career. For the women at the top, they might be looking at a base salary of a few hundred grand for the win, plus thousands more in knockout, submission, or "Main Event" bonuses, and potentially hundreds of thousands more in "backroom" bonuses (source). They are also probably going to have a number of sponsorship or endorsement deals. Yet the average income per fight for fighters remains low, between $17,000 and $23,000.

Not all fighting events disclosed their fighter's payroll except UFC. On 22nd April 2017, in a fight against Alexis Davis, she pocketed $10,000 show and $2,500 Reebok sponsorship at UFC Fight Night: Swanson vs. Lobov. 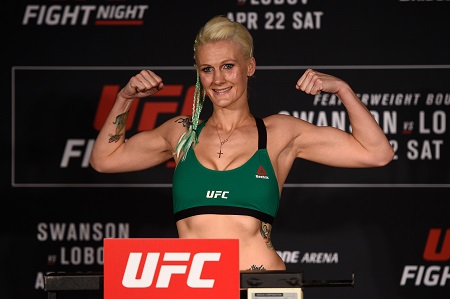 Additionally, she owns a Lynx MMA where she is a head coach. The MMA house offer classes for all ages. However, the Belgian MMA fighter was left in financial trouble due to the crisis caused by coronavirus (COVID-19) pandemic. Now, she came out with her OnlyFans account, an adult site in order to raise money to re-open her gym.

Via Twitter, she told "I lost my gym during this COVID-lockdown, no help from our government and fights canceled,... leaving me with big financial problems. I decided to make an Only Fans so I can collect the money to re-open the gym and give the youngsters their home back."

A mother of five children: Naomi, Eleftherios, Lola Katerina, Nafisatu, and Sara-Mae, Cindy Dandois has not reveled she previously married or not. Currently, she is single and raising her children as a single mother.

Earlier she was in a relationship with a fellow MMA Fighter (name unrevealed). The couple had a rough break up. As reported, UFC/Bellator/Invicta vetran Cindy Dandois was abruptly attacked by her ex-boyfriend outside of her home. She says it was because he was unwilling to accept the breakup.

In the incident, Dandois suffered 7 stitches and a broken nose and as a result, she would miss the November 30 fight at Fightclub Den Haag in the Netherlands. 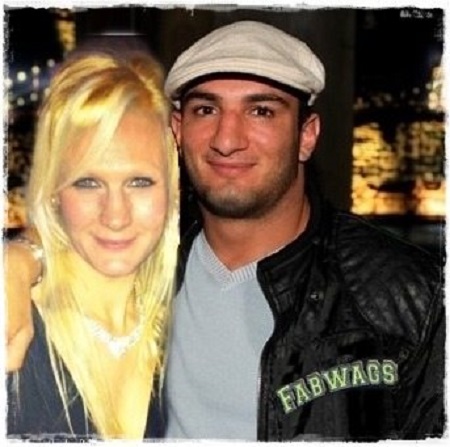 During 2014, Dandois was rumored to be dating fellow MMA fighter, Gegard Mousasi. But the two never confirmed their love affair.

Besides, she is BFF to Miesha Tate. the two met during her time in Strikeforce when the two were scheduled to fight, but the bout never materialized. This brought the two together, and they have been friends ever since.

Dandois is pretty popular on Instagram with 79.9k followers with 1,025 posts. The Belgian MMA fighter almost shares every detail to her fan via her IG whether it is professional or personal. Moreover, she is also active on Twitter and Facebook.

In 2009, Dandois began her professional fighting career in the Netherlands with an impressive showing early on winning her first four fights. In 2014, she signed to Invicta where she found success winning two of her first three bouts,

In April 2017, Dandois made her UFC debut. She lost the fight via a unanimous decision to Alexis Davis which resulted in a subsequent exit from the UFC.

Fighting in various places in Europe and Asia, she staggered four straight triumphs and got an invite to Bellator MMA. Her recent fight occurred in December 2019, which she won in a second-round submission and improved her overall MMA record to 16-5.