Christie Rampone OR Christie Pearce, born as Christie Patricia Pearce is an American professional soccer defender. She served as the captain of the United States women's national soccer team. She is a 3 time Olympic gold medalist, and 2-time FIFA Women's World Cup champion.

She married Chris Rampone in 2001 and eventually divorced in 2017. The duo together has two daughters. She has an estimated net worth of $2 million.

Christie, two years after the divorce from her first spouse, walked down the aisle to marry her fiance Christy Holly in February 2019. 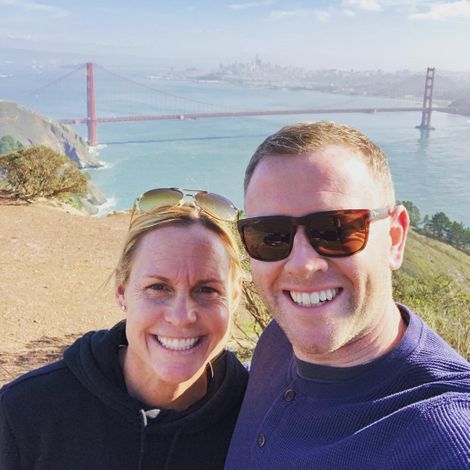 The 3-time Olympic Gold Medalist announced her wedding through a tweet where she wrote:

This guy has changed my world and completes me. Yesterday I asked him to Marry us and now I have my forever Valentine. So excited to have a 2nd chance on the road to happiness, surrounded by friends and family Happy Valentines Everyone

The couple was reportedly dating each other for a couple of months.

Christie was married to Chris Rampone. She tied the knot with her former husband Chris on November 9, 2001. They legally separated in 2017. 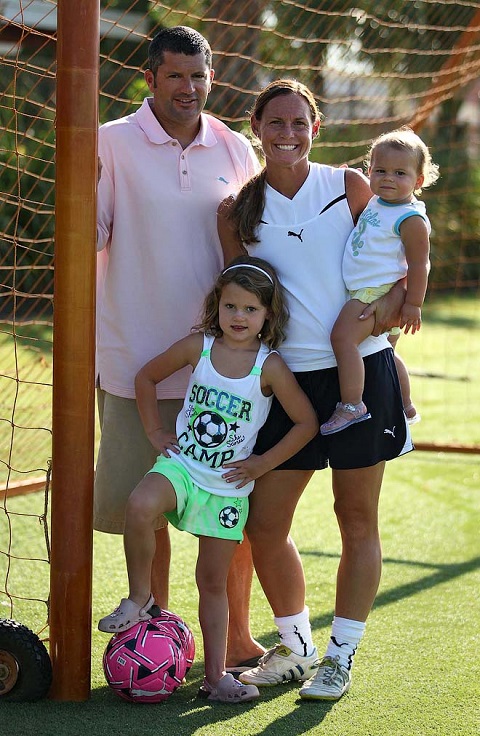 Christie Rampone with her husband and two daughters
SOURCE: US Soccer

In July 2011, she revealed that she is suffering from Lyme disease.

Net Worth around $2 million

The American soccer defender, Christie Rampone played football for 20 years, with seven different teams. He spent the majority of his career with Sky Blue FC, from 2013 to 2017.

As of 2019, she has maintained a pretty of bank balance through her earnings. As per the sources, she has an estimated net worth of $2 million, increasing day per day. Furthermore, info about her life and bio can be taken from Wiki.

Christie and her ex-husband have become the franchisees of the chain, Jersey's Mike Subs, since 2012. It has opening two locations in Toms River, New Jersey.

Christie Rampone was born in the year 1975’s on June 24 in Lauderdale, Florida, the United States. She is of American nationality and belongs to white ethnicity. Her zodiac sign is Cancer.

Throughout her high school career, she played soccer, basketball, track, and hockey. While playing for Point Pleasant Boro High School, she was the first female to score career-high 2,190 school basketball points. This achievement led her to all-state honors in all three sports

Christie attended Monmouth University and showed her skills in football, basketball, and lacrosse. She completed her degree in Special Education from the University.

Talking more about her professional playing career, correspondingly in the year 1997-98, she played for the Central Jersey Splash and New Jersey Lady Stallions. She has been very successful in her intl. career. 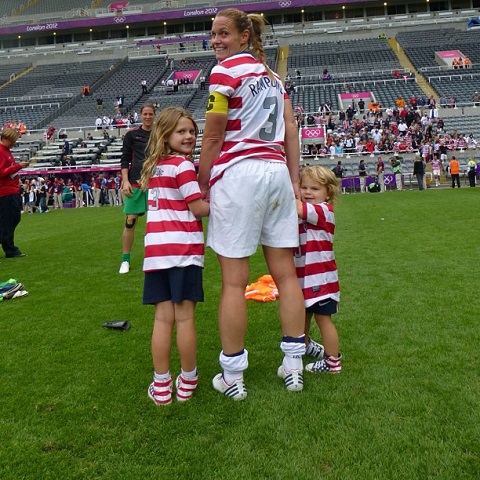 Rampone and daughters
SOURCE: US Soccer

Despite in the forties, she has maintained a perfect personality. She has a good height of 5 feet 6 inch. Her weight is around 64 kg.