Christian Makoun is a professional football player from Valencia, Venezuela, who plays for the MLS club New England Revolution. He can play both as a defensive midfielder and defender. And Makoun wears jersey number 6 on his current team. Besides, Makoun joined the team of the New England Revolution on August 4, 2022, and has already played in some games.

Furthermore, Makoun is considered one of the most prominent players on his team as he gives his best performances on the field. Not to mention, he has already played for the Venezuelan national teams in various national and international games. Makoun was a part of the team that became runner-up in the FIFA U-20 World Cup in 2017.

How Much Is Christian Makoun's Salary and Net Worth

Makoun is a professional footballer, and he makes most of his gains from being a football player. Makoun joined the team of the New England Revolution with a transfer fee of €364Th. So, from the squad, Makoun might be taking a fair profit to his name. However, the actual salary of Makoun is missing from the internet sources as none of the verified media outlets have given the fact.

Furthermore, the young footballer has already been a part of multiple teams in the past with whom he had a fair deal. Being played essential roles in various games, Makoun may have surely received good cash prizes. According to Transfermrkt, Makoun's current market value is €1.50m. 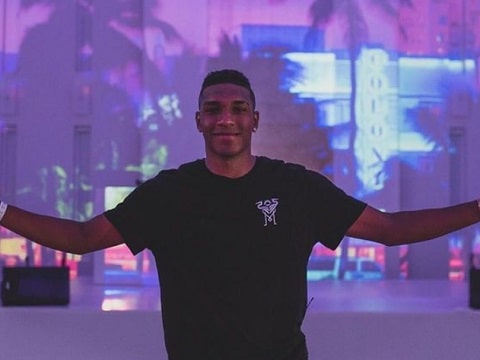 Meanwhile, he is associated with Agencia Secasports. Makoun not only makes money from his football career but also from sponsorship and endorsement deals. Exploring his social media posts, we learned that, Makoun has collaborated with some sports brands. So, with his work with those companies, Makoun has surely received some profit.

No doubt, the young player lives a lavish life with his high earnings. Not to mention, Makoun also owns some cars, which he often features on his Instagram handle.

Personal Life: Does Christian Makoun Have A Girlfriend?

Moving into his personal life, Christian Makoun is currently in a relationship with his stunning girlfriend. Makoun and his girlfriend often make posts on Instagram from where we can see their incredible bond. Makoun loves his partner a lot, and the pair have also gone to different places together. From this, it can also be said that the couple loves visiting various locations together.

It seems like his girlfriend celebrates her birthday on October 26, as Makoun posted an image with her on the occasion of her birthday. Similarly, the couple appears to have gotten engaged as Makoun posted some photos on August 24, 2021, with his partner wearing an engagement ring. His caption also hints that they are taking their relationship to the next level. 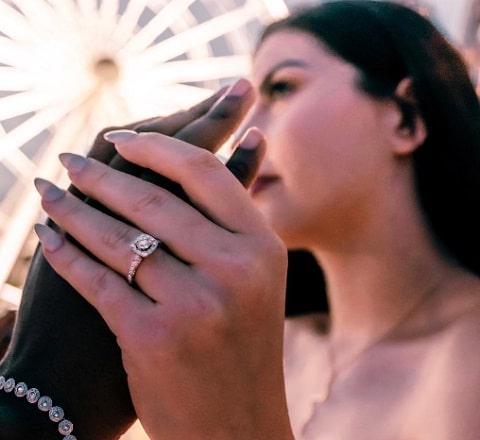 Christian Makoun is engaged to his partner SOURCE: Instagram @christianmakoun

In the respective pictures, we can see the lovebirds enjoying a romantic dinner on a private yacht. So, we can be clear that they are already engaged and are doing pretty well in their life. Despite that, Makoun has not shared his fiance's name yet. So, he may give some updates about it in the future.

You May Read: Jhonder Cadiz

The talented football player began playing football at Zamora. His senior career was also started with the same team with whom he played from 2016 to 2019, making 32 appearances and also scoring one goal. While at Zamora, Makoun also helped the team to win the title of Copa Venezuela in 2019. He also went to Juventus U23 on loan but didn't play in any games.

For the 2020-21 season, Makoun joined Inter Miami, with whom he appeared in 30 games and scored two goals. He also played in three games on loan to Fort Lauderdale, CF. After that, Makoun also got a chance to play for the team of Charlotte FC. 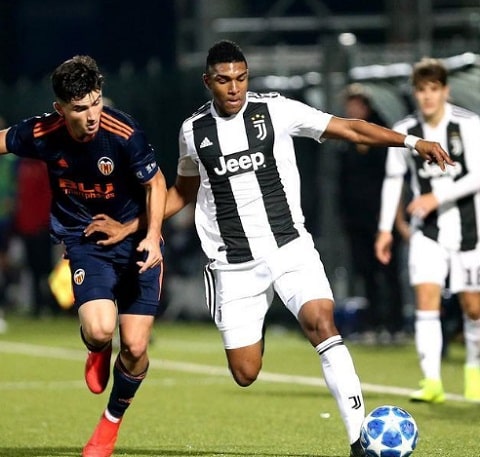 On August 4, 2022, Makoun signed a deal with New England Revolution and has already made a few appearances. In 2017, Makoun also played in 9 games with the Venezuela U17 team and also scored a goal. Furthermore, he was also called up to the Venezuela under-20 side for the 2017 FIFA U-20 World Cup. And representing the U-20 side, he played in 14 games and scored one goal.

Insights On His Early Life & Parents

Makoun was born Christian Frederick Bayoi Makoun Reyes on March 5, 2000, in Valencia, Venezuela making his age 22 years as of 2022. The 22-years-old footballer was raised by his beloved parents, Hayde Reyes and Christian Makoun. Besides, Makoun holds dual nationality of Venezuelan-Belgian from his Belgian-based Cameroonian father.

Not to mention, Makoun belongs to a mixed ethnic background from his parent's side. It can be said that Makoun got inspired by his dad to get involved in this sport as his father, Christian is a retired footballer. Christian played as a defender in the youth team of Cameroon. Similarly, he was associated with multiple clubs. He played for the Peruvian side of Deportivo Pesquero, Argentinian Club Atletico Huracan, Caiman Douala, Latvian FC Jurmala, FK Genclerbirliyi Sumqayit, Cercle Brugge K.S.V. and K.F.C. Rhodienne-De Hoek. Moreover, Makoun shares a strong bond with his parents, and he also credits them for his success.

Moving onwards, Cristian Makoun is fond of using social media, and he is quite active on Instagram, where he is registered as @christianmakoun. The well-known defender has been using Instagram since making his first post on November 24, 2016.

At the time of this post, Makoun has gained more than 60k followers. So, from this account, Makoun shares updates regarding his ongoing lifestyle. Also, we can get more details about his love affair by following him there. 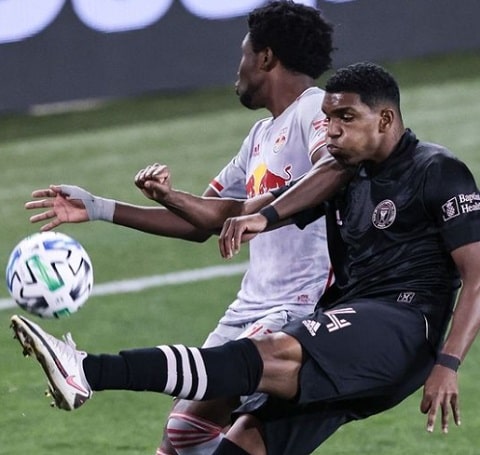 Christian Makoun in one of his games SOURCE: Instagram @christianmakoun