Christian Lund Gytkjaer, aka Christain Gytkjaer, is a Danish professional soccer player with Serie B club Monza and plays as a striker. He is a well-known footballer in his nation and has played for many top clubs like Rosenborg, 1860 Munich, Lech Poznan, etc.

The Monza striker Christian Gytkjaer is of Danish descent born on 6 May 1990 in Roskilde, Denmark. As per astrology, his birth sign is Gemini, and he is 31 years old currently. The Denmark international stands at 6 ft 1-inch height and weighs around 77 kg. He wears jersey number 9.

Roskilde-born striker Christain Gytkjaer is a loving son of his father, Torben Gytkjaer and mother, Helle Gytjkaer. He loves spending quality time with his parents. Another footballer in the Gytkjaer family, i.e., his younger brother Fredrick Gytkjaer is now playing for Lyngby. 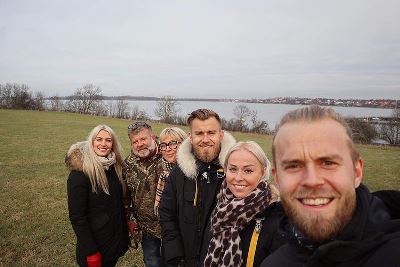 His family has been supporting and encouraging them in their career. Gytkjaer's family is small and happy. The 31-years striker posts his family photo quite often on Instagram.

Tippeligaen, 2016 striker of the year, Gytkjaer set foot in football at an early age of 14, playing as a youth for Lyngby in 2005. As a senior player, he kicked off his soccer journey in 2008, where he played 34 games, adding ten goals to his name during three years of tenure there.

Later in 2010, he joined Nrdsjaelland for 3-years. But unfortunately, the club assured him of sending on a loan to Akademisk Boldklub. Likewise, he was again loaned to Sandnes Ulf in 2012 for a season. From 2013 to 2017, he was quiet on and off the transfer market and played for various clubs like Haugesunda, Rosenborg and 1860 Munich. 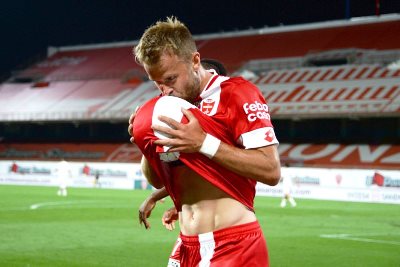 After the end of the contract, he then moved to Monza on 22 July 2022 on a free transfer on a two-year deal. The Tippeligaen top scorer has played in 56 games scoring 11 talks to date.

The Danish-based Monza striker has been in the football line for quite a long time and has also added considerable fortunes to his net worth. As a Monza player, he earns a weekly salary of £9400, which sums to £4,88,800 per year. Thus, Gytkjaer has a net worth of around $5 Million. Besides this, he also boosts his net worth from his sponsors, brands and endorsements.

As of 2022, the former Rosenborg striker has a trending market value of €1.20 Million.

When it comes to love life, Christian Lund Gytkjaer is very open about it. He is happily married to his beautiful wife, Tonge Dyb. The couple is blessed with a newborn baby born on 27 March 2022. The duo seems very exciting and curious about thier parenting of their newborn baby. 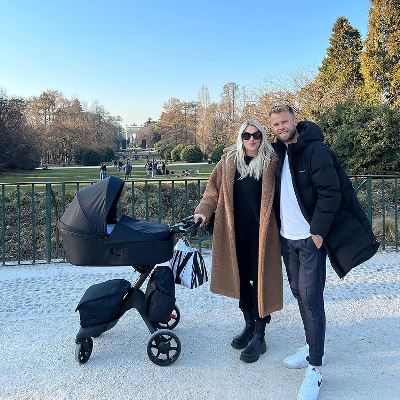 Gytkjaer with his wife and newborn baby     SOURCE: Instagram

Mr. and Mrs. Gytkjaer both love traveling, so they often go on vaccation together. Their marital life looks very cheerful and satisfied.