Christiaan Bezuidenhout was born on May 18, 1994, in Delmas, Mpumalanga. He is among the three children born to his parents. Bezuidenhout has a brother and a sister. Talking about his physical appearance, Christiaan stands six feet and one inch tall and weighs 88 kg.

Christiaan's Career Earnings and Net Worth

Christiaan Bezuidenhout has an estimated net worth of more than $5 Million. He has accumulated most of his net worth through his successful career in golf and his sponsorship and advertising deals. The South African golf player is very much early in his career and shall be making millions in the future. 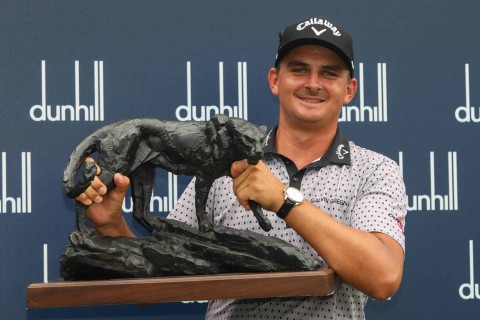 Christiaan started playing in the PGA Tour in 2019. He took home more than $272,760 from his rookie year in the PGA events. The player played in ten events and made cuts in three events. In the ongoing season of 2021, Bezuidenhout has already earned $586,503 from just nine events. He has made cuts in nine events and finished in the top ten in an event.

The South African player has spent most of his professional career playing in the European Tour. He has been making millions from his European tours. In 2019, Christiaan earned $700,000 from Estrella Damm N.A Andalucia Masters when he won the event. Last season, Bezuidenhout won two events in his home country and earned $250,000 and $400,000 from two events.

Who is Christian Bezuidenhout Dating? Know about His Girlfriend

Christian is engaged to his longtime girlfriend, Kristen Hart. The love birds got engaged in March 2020. The golf player popped the question while they were on vacation at the Delaire Graff Estate outside Stellenbosch. Bezuidenhout shared the story through a post on his Instagram. 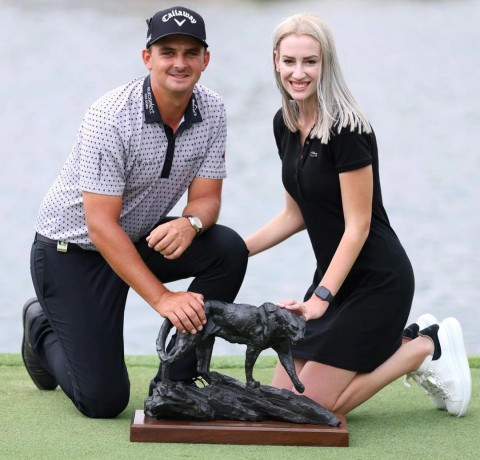 Christiaan along with his girlfriend, Kristen SOURCE: [email protected] chrsibez07

Christiaan and Kristen have been dating each other for more than three years. They have not shared a word about their first meeting instance to date. Both of them seem to be very much supportive of each other. The love birds are waiting for the right time to tie their wedding knot.

Christiaan started playing golf from a very early age. He won numerous amateur events before turning professional in 2015. The player had success in September 2015, winning two 36-hole events on the Big Easy Tour. Bezuidenhout won the 2016–17 Sunshine Tour Rookie of the Year and was awarded the Bobby Locke Trophy. In 2018, Christiaan earned his European Tour Card and played in the events.

In 2019, Christiaan was third in the 2019 BMW PGA Championship to enter the world's top 100. The following year,  Bezuidenhout won the  Dimension Data Pro-Am in South Africa and advanced into the top 50 on the Official World Golf Ranking. At the end of the season, He won two back-to-back events. In early 2021, Christiaan is ranked at No.31 in the world golf ranking.