Lizette Salas was born on July 17, 1989, in Azusa, California. She is the daughter of Ramon Salas and his wife. Martha Salas. Her father worked as a mechanic at the Azusa Greens Country Club in California's San Gabriel Valley for nearly 40 years. Lizette graduated from Azusa High School and then enrolled t the University of Southern California. Salas stands five feet and four inches tall and weighs 72 kg.

Lizette Salas has an estimated net worth of more than $5 Million. She is at the peak of her career and shall be earning much in the days to come. In the ongoing season of 2021, Salas has already taken home more than $90,000 from eight events. Lizette must be earning a huge amount through her sponsorship deals with numerous companies. 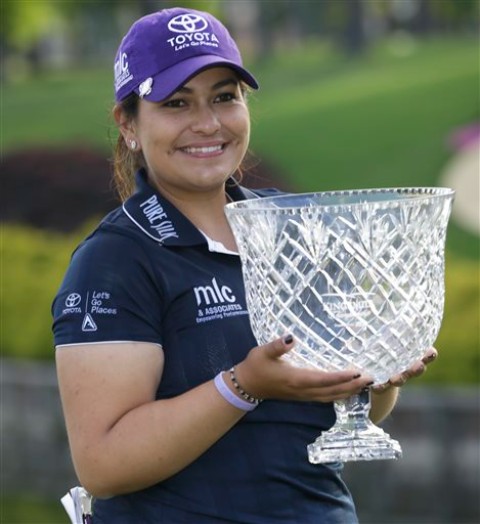 Lizette turned professional in 2011 and made her LPGA debut in 2012. In her rookie year, Salas earned $242,035 from eighteen events. She finished third in the Louise Suggs Rolex Rookie of the Year race. Lizette earned $759,323 from twenty-four events the following season when she made cuts in thirty-three of them. Salas crossed the $1 million mark in career earnings with a T39 finish at the CME Group Titleholders the same season.

Last season, Lizette earned $192,024 from thirteen events. Totaling her career earnings from the LPGA events, it sums to $5,551,697. She is at the peak of her career and shall be making millions in the future.

Lizette Salas is single as of 2021. Although Her timeline is filled with numerous photos, She has not shared a word about her love life. Salas seems to be focused on her career rather than spending time with people. Salas spends most of her free time with her siblings and her family. She is very close to her friends.

Salas started playing golf from her High School days. She got a scholarship to play golf for the University of Southern California. She also was an NGCA All-American First Team selection in 2009 and 2011. Lizette made her professional debut on the Symetra Tour 2011. The player earned her full LPGA status in 2012.

In 2014, Lizette won her first LPGA title at the Kingsmill Championship. In 2019, She finished second at the Women's British Open. Salas is yet to win a major tournament. Lizette is playing in the Kingsmill River Course along with Moriya Jutanugarn.