Chris Wideman is an American professional ice hockey player who is currently playing for the National Hockey League's Anaheim Ducks as their defenceman. Previously, he played for the Ottawa Senators, Edmonton Oilers, and Florida Panthers.

Chris Wideman was drafted in the 2009 NHL Entry Draft by the Ottawa Senators and so far his net worth is estimated at around $2 million. If you want to know more about his girlfriend, salary, and personal assets just read to the bottom.

Is Chris Wideman Single or Dating Someone? Know about his Girlfriends

Chris Wideman is a star NHL player and so far he has made a lot of fans who are always curious to know about his relationship status. Currently, Chris is in a romantic relationship with his lovely and gorgeous girlfriend Caroline Morehead. 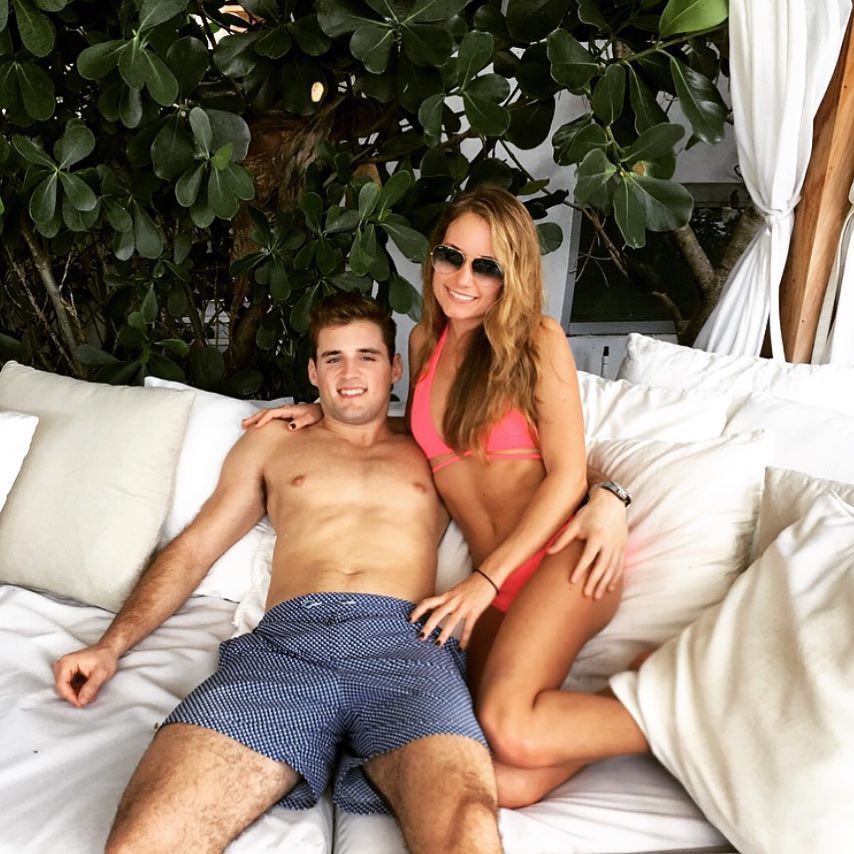 Chris with his girlfriend Caroline Morehead at the Miam SOURCE: Instagram

Chris is with his girlfriend for quite a long time and so far they are enjoying their love life. His girlfriend Caroline is a project manager of the Synergy Productions and she has a Bachelor's degree in Journalism and Sports Marketing.

The 27 years old lovely girlfriend of Chris always supported him towards his career. before dating caroline, Chris was in deep love with his high school mate  McCrea O’Haire. Wideman and his ex-girlfriend's relationship didn't last long but the reason for their separation is still a mystery. 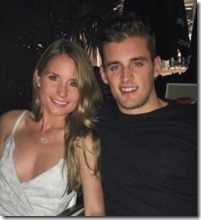 His ex-girlfriend McCrea is a client service manager at the  BuzzFeed and she holds a Bachelor degree in business Field Of Study Marketing. So far he is neither married nor engaged but if his love life keeps on going with his girlfriend they might soon get married.

How Much is Chris Wideman Salary and Net Worth? Know about his Earnings

Well, it is common that the professional ice hockey players receive a decent amount of salary from their respective team. Chris Wideman is also among the professional players and his annual salary is around $306,432 as of 2019. Previously, he earned a salary of around $144,374 in his 2018 season.

From his NHL earnings, he has collected a sum of around $5 million so far and he is still pursuing his career. In addition to this, he has made a net worth of over $2 million from his professional career. He signed a contract with the Anaheim Ducks in 2019 worth of $700,000 for a year.

Chris Wideman is a native of the United States who was born on January 7, 1990, in St. Louis, Missouri. He holds an American nationality and belongs to the white ethnic group. As per some of the sources, he was always appreciated and supported by his parents.

Chris Wideman is an American professional ice hockey player who is currently playing for the National Hockey League's Anaheim Ducks as their defenceman. Previously, he played for the Ottawa Senators, Edmonton Oilers, and Florida Panthers.

He played in the  Quebec International Pee-Wee Hockey Tournament at the beginning of his career. he began his professional NHL career after he was selected by the Ottawa Senators in the 2009 NHL Entry draft.  Chris played for the Binghamton Senators, the American Hockey League team of the Ottawa.

Moreover, he was signed by the Anaheim Ducks in 2019 when he was left a free agent by Pittsburgh Penguins. He is currently playing under Ducks captain  Ryan Getzlaf and alternate captain Ryan Kesler. Some of his other teammates are Ondrej Kase and Cam Fowler.