Christopher Mueller widely recognized as Chris Mueller is an American professional footballer who is currently signed to the Major League Soccer (MLS) side, Chicago Fire. Upon playing college soccer at the University of Wisconsin-Madison, Mueller played for Des Moines Menace (2016) and Chicago FC United (2017). In fact, he was picked 6th overall in the 2018 MLS SuperDraft, joining Orlando City in 2018.

Schaumburg, Illinois native, Chris Mueller was born on 29th August 1996, under the star sign Virgo. The twenty-five years old is an American by nationality who belongs to the white ethnic background.

The jersey no. 9 Orlando City's forward, Chris Mueller has an annual salary of $109,350 this season.

In 2018, he pocketed a salary of $98,750, from Orlando City. Besides, he might have summoned a decent sum of money from his early career playing for Des Moines Menace and Chicago FC United. 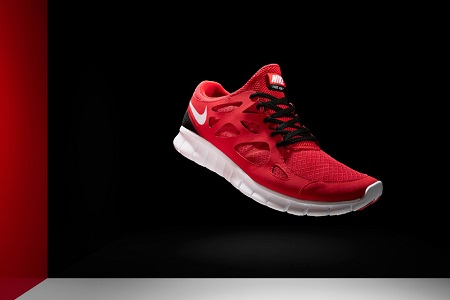 Additionally, his other source of income is considered endorsement deals. As of now, he is endorsed by the American multinational corporation sports brand, Nike.

Chris Mueller is engaged to be married to his long-time girlfriend, Alyssa Marie, an interior designer. The couple is yet to come out with their love story. Scrolling through his Instagram, his first IG post was with her in 2013. Reportedly, they attended the same high school and has been together for a seven-years now. Not sure but the duo will possibly tie the knot in 2021. 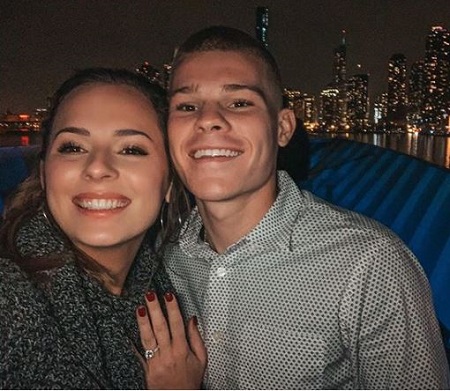 Not only Chris, but her bae also post lovey-dovey pictures of them. She is often spotted in Chris' football games.

Chris Mueller is twenty-three years old. He stands 1.75 m (5 ft 9 in) and weighs 77 Kg. The young footballer has blonde hair and his eye color is brown. His body measurement will be updated soon.

At the 2018 MLS SuperDraft, Mueller was drafted by the Orlando City SC with the sixth overall pick. On 3rd March 2018, he made his professional debut in a season-opening 1-1 draw against D.C. United. Further, his career first goal came on 8th April 2018 in a 3-2 win over Portland Timbers. That year, he was runner-up for the MLS Rookie of the Year Award.

The following season, he was part of the team alongside Sebas Mendez and Nani that won the 2019 MLS All-Star Skills Challenge to win the $25,000 prize for the charity. With the season affected by the coronavirus pandemic, a return to play was achieved through the MLS is Back Tournament.