Kirk, 34, is married and shares three children with his wife. Furthermore, on 7th May 2019, Chris Kirk announced that he is taking "an indefinite leave" from the PGA Tour to address issues with alcohol abuse and depression.

Chris Kirk Net Worth in 2019; What Endorsement Deals does he have?

Chris Kirk has earned his wealth widely through his professional golf career. He has an estimated net worth over $10 million as of 2019. He is ranked #94 in All-Time Money Leaders with career earnings of $17,195,657, where Tiger Woods and Phil Mickelson ranked 1st and 2nd respectively. 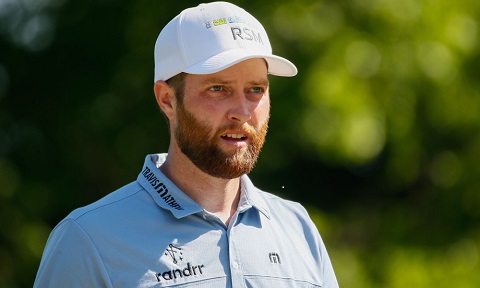 Furthermore, he also earns much from his endorsement deals. Notable, he signed a multi-year deal with the online job recruiting service, randrr, in September 2016.

Chris KirkPersonal Life; Who is his Wife?

Moving onto his personal life, thirty-four-year-old golfer, Chris is a married man. He has been married to his longtime girlfriend and his sweetheart Tahnee Kirk. They had been dating for a couple of years before getting married in the year 2009. 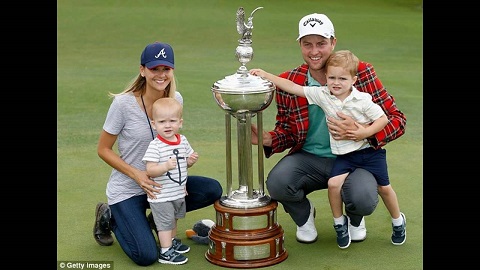 CAPTION: Chris Kirk and his wife and children SOURCE: YouTube

Moreover, Kirk and his spouse, Tahnee, have three children ages 7, 5 and 20 months.

They have been living happily together. There has been no record of his past affair besides her nor any rumors or controversies on him. He has maintained his clean and clear image when it comes to his personal life as well as professional.

There is not much information available on him on the internet sites. Wikipedia holds very short information on him. He is available on Twitter, which can be the best medium to learn more about him going through his posts. Besides, the official golf related sites can also be another way to learn on him.

Born on May 8, 1985, in Knoxville, Tennessee, Chris Kirk was raised in Woodstock, Georgia where he spent most of his childhood. He completed his school there in and went to the University of Georgia. He had played from his school’s team as well as was a member of their 2005 NCAA Division I Men’s Golf Championship where he boosted up his skill and passion in the game with the training and several of the practices with his mates. He is a young and handsome golfer.

He stands the height of six feet and three inches tall and weighs 79 kg. Chris has been passionate about golf since his young age and his parents have been supportive enough even today as well to let him pursue his dreams.

In 2012, he stood as the runner-up to AT&T Pebble Beach National Pro-Am. Following seasons, he won the 2013 McGladrey Classic which became his second PGA Tour victory. In 2014, he won the second event of the FedEx Cup at the Deutsche Bank Championship which has been his third PGA victory. Then in 2015, he won his fourth title at the Crowne Plaza Invitational at Colonial.

Having been one of the shining names in the golf world, he is recognized by many. His victories have awarded his a lot of money as a prize and been raked in the money list as well. He has a very good net worth and enjoys a good salary.