Cherelle Watson is well known as the wife of a famous Woman basketball player, Brittney Griner. Her partner, Brittney currently plays for the Phoenix Mercury in the Women's National Basketball Association (WNBA). Moreover, she also plays for the UMMC Ekaterinburg in Russia.

Cherelle Watson is a lesbian partner of Brittney Griner. Reportedly, they are engaged with each other and the date of their wedding is yet to be revealed. To know more about Cherelle Watson's Bio including Net Worth, Personal Life, and relationship, stick with us till the end.

Cherelle Watson Earnings; How much net Worth does she have?

Well, we have no idea about what Cherelle does professionally to support her family financially. However, she is well known as the wife of a famous WNBA player, Brittney Griner and reportedly, she shares a decent fortune with her partner. As per the reports, the duo shares a net worth over $3 million together.

Moreover, the details about their assets such as cars and houses are not in the media yet and being a famous athlete we cannot deny the fact that Brittney is the owner of luxurious house and cars.

Reportedly, Cherelle and Brittney are engaged. Brittney announced about the news through one of her social accounts on August 2, 2018, with the caption: "It’s official @iloverelle__ said yes and made my life. I’m so lucky to have you in my life forever. You never gave up on me even when I gave up on myself. You have pulled me from the ashes and held me up when I couldn’t stand. You really are my backbone and my spirit that keeps me going. I love you, baby".

In addition, the couple hasn't fixed about their wedding date yet. However, they might be planning for the ceremony and waiting for the perfect time to reveal it in the media.

They first met when both of them attended the same university. They dated for 2 years before they finally decided to start a new journey of their life. 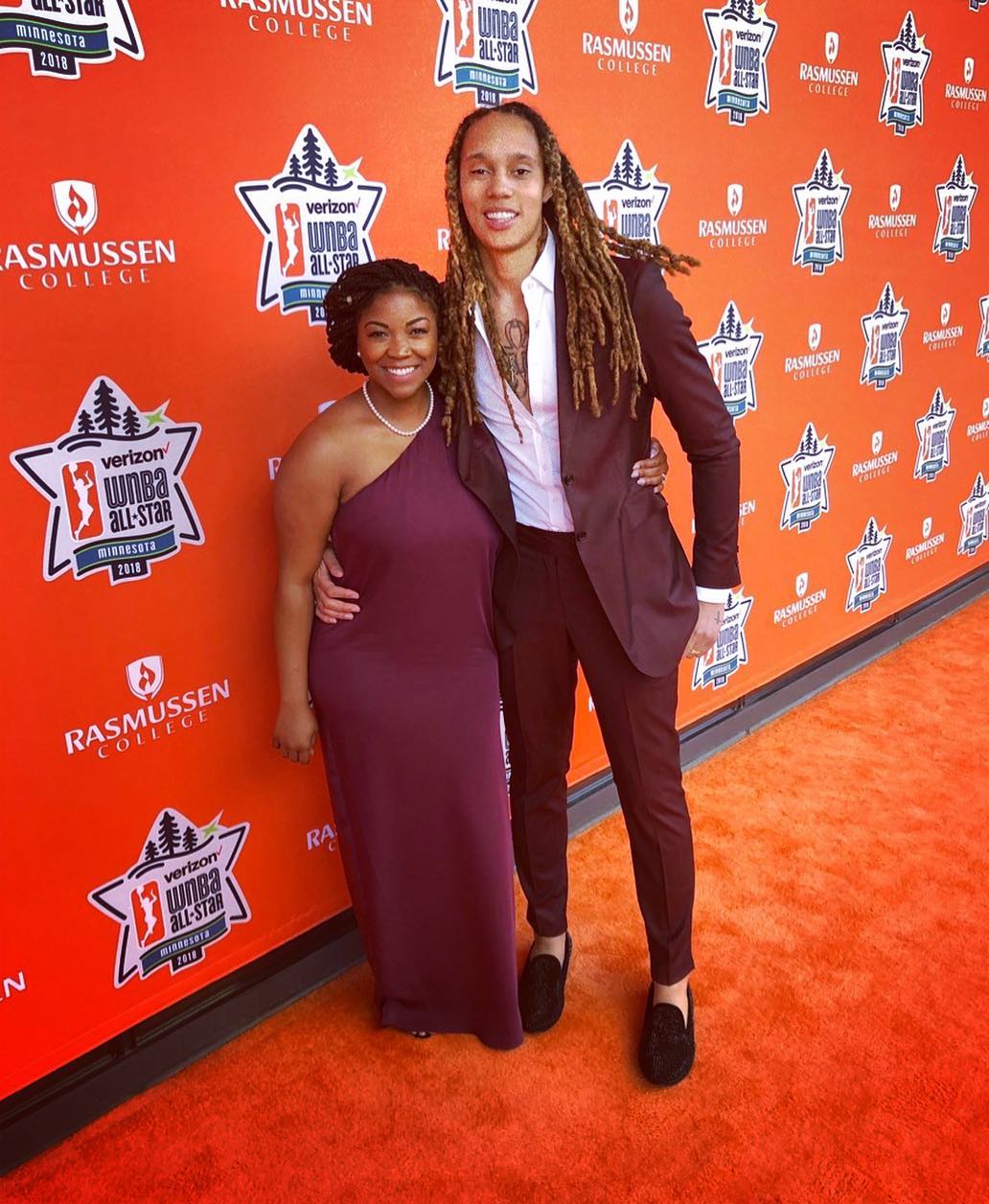 Previously, Brittney was married to Glory Johnson. However, their relationship didn't work out which led to the divorce and at that time her partner Glory was pregnant. Reportedly, Brittney left Glory without paying child support but later their wedding was annulled and eventually, Glory received child support.

Well, the details about Cherelle's birthdate and birthplace is not in the media yet. Well, she is a partner of American WNBA player so we can assume her nationality to be an American. Further, she belongs to the African ethnic group. Well, we are always looking for the information and will come back as soon as the news gets aired in the media.

Well, we are still unaware of the professional career of Chrelle. However, she is linked as a fiancee of famous WNBA player Brittney Griner.

Additionally, Brittney plays for the Phoenix Mercury in the Women's National Basketball Association (WNBA). Moreover, she also plays for the UMMC Ekaterinburg in Russia.