Chelsie Kyriss is an American former customer service representative, teacher, and social media personality who became famous after dating Antonio Brown, an NFL player. Antonio played as a wide receiver for the teams like Pittsburgh Steelers, Oakland Raiders, and most recently with the New England Patriots.

Born on September 1, 1989, in Springboro, Ohio, United States, Chelsie completed her higher school from Springboro High School, and after that, she enrolled at Sinclair Community College. During her college days, she wanted to be a model and filed her application to the agency, but that didn’t work.

Chelsie used to be a teacher at Adventures Through Learning, where she reportedly earned around $50,000 annually. However, she had a luxurious life when she started dating famous American football wide receiver Antonio Tavaris Brown.

Her boyfriend Antonio even gifted her a silver Porsche- she posted a picture on Instagram with the caption, “Twin turbos." He even bought a $6.6 million house in Hollywood Oaks for Chelsie and their children. Besides, reports claim that Chelsie has been driving Antonio's Bentley Bentayga SUV even after their break up. 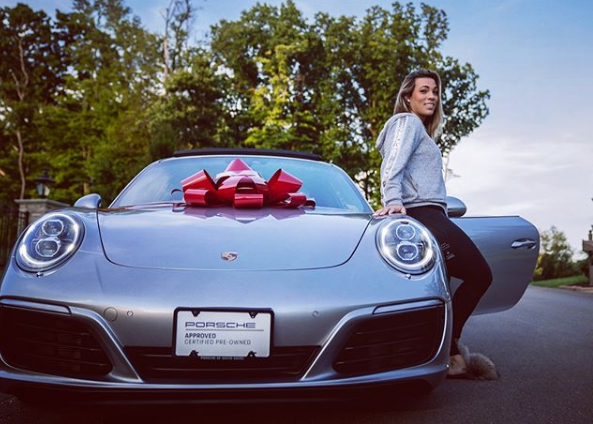 Chelsie rolling in the street with her new car SOURCE: Instagram @Chelsie

Chelsie's former boyfriend Antonio, who is currently a free agent, ws the highest paid receiver in NFL but was cut by his last team Patriots due to various allegations. His 1-year contract with the team would earn him $15 million in 2019 if not cut. Brown's net worth in 2019 is reported to be $30 million.

The mother of five children, Chelsie is Single nowadays. Although she has been in relationship with Antonio Brown, her relation did not last for a long and recently, in 2019, they are seperated. She has three kids with Antonio while the other two are from her previous relationship.

Chelsie was previously married, however, she has not revealed the details of her first husband. From her first marriage, she has two children, Kellen and Brooklyn and after getting a divorce she has kept her kids custody who frequently visit her parents.

She is must be having a rough time now as the things with Antonio is not going well and was recently ordered to vacate the place where she is living now as it belongs to Antonio.

Chelsie and her long-time ex-boyfriend, Antonio brown knew eachother since 2010. The couple had a on and off relationship but recently broke up.

Chelsie and Antonio are the parents of three children- they welcomed their first child Antony in 2014, their second child was born in 2015 whose name is Ali, and Apollo, their third child was born on 2017, Aug. 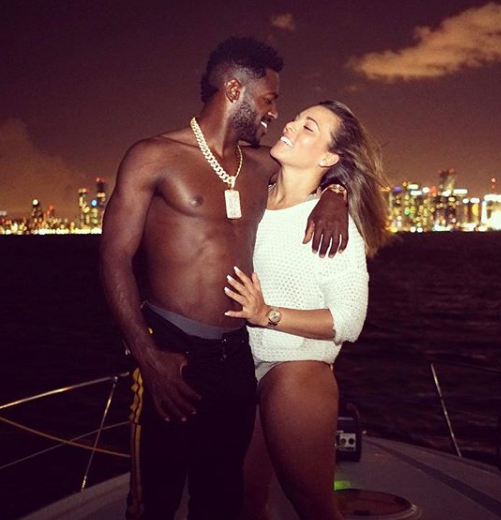 Chelsie's married life is a little bit complicated because while she was pregnant in 2016, her ex-boyfriend Antonio was not with her instead, he was dating someone else. After she gave birth to Apollo, Antonio made a settlement with the family. 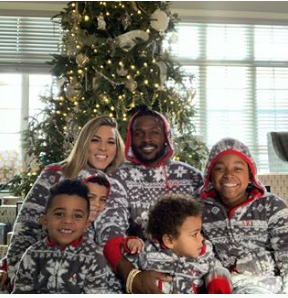 Chelsie with her ex-boyfriend Antonio Brown and their Childr SOURCE: Instagram @Chelsie

The lovebirds has appeared in several reality shows like Dancing with the stars and The Masked Singer.

After seeing so many ups and downs in her relationship with Antonio, she is again seperated from her boyfriend. A couple of months ago Antonio revealed that he is no longer with Chelsie through Social networking sites and in return, Chelsie is threating her boyfriend.

Chelsie seems to know some of the dirty secrets of Antonio and she said that she could end his entire life but she won't be sharing those with the world and Kyriss has justified that she will be keeping these secrets in order to preserve Brown's relationship with their children. In one of her Instagram posts, she said,

"As bad as I want to give you all my side and what a walking mental case he is I'm going to refrain!",  "My kids still think the world of him and I will let them continue!"

Everything is happening on Instagram and both are on the fire because of the break-up. Antonio recently revealed that his credit card had been used by Chelsie to buy Kids Foot Locker 10 separate times, she has also made several purchases as well as an Uber payment.

Brown wanted to make it clear that he was not the one making these purchases as he tagged his ex with a comment about her still using the card.

From the Instagram comments, Antonio is going viral about their defunct relationship and the messy nature of the split. He has targeted Chelsie with multiple posts on Instagram Stories in which he alleged that she had cheated on him.

Chelsie is the daughter of Lynn Kyriss and her father's name is Todd Kyriss. She has only one brother whose name is Christopher Kyriss.

Her father and mother has a successful married life and they got married while Chelsie's father was studying at the University of Nebraska whereas her mother Lynn was also the student of the same college. A casual friendship turned into a relationship during the early '70s and after dating each other for several years, they tied the knot. 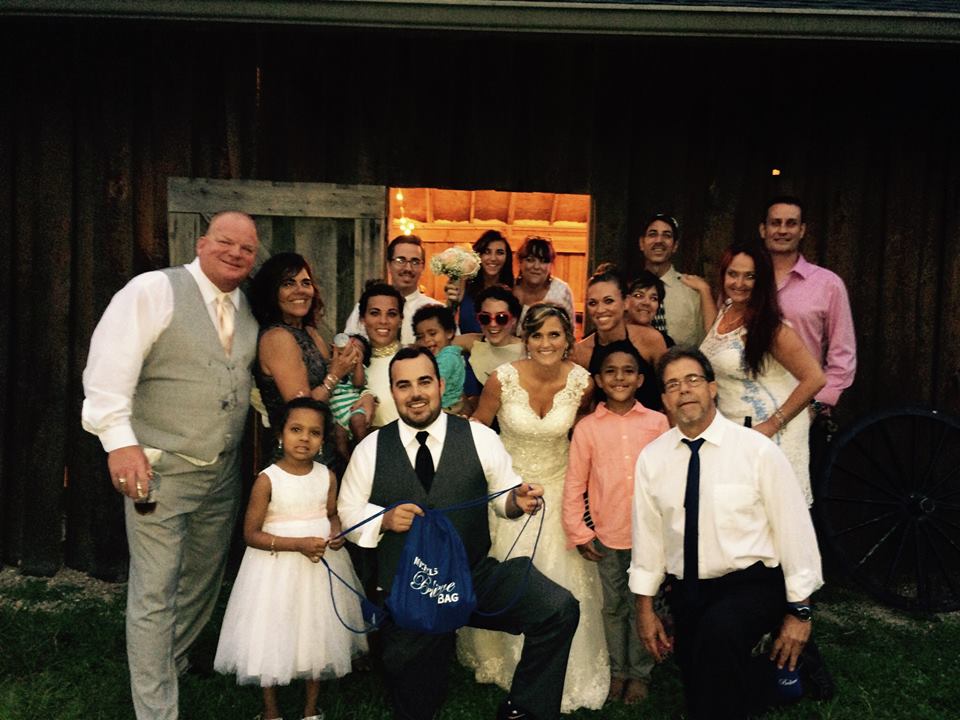 Her mother, Lynn Kyriss, is the wonderful woman who devoted her life to give to their kids a better experience.

Chelsie has only one brother as Christopher Kyriss. Her brother has been married to Beth Kyriss, who owns a nail care studio, and they have two kids together and live in Fort Mill, South.