Chelsea Dungee is an American basketball player. She started her collegiate career at the University of Oklahoma, where she earned Big 12 All-FReshman Team honors. Later, she transferred to Arkansas, establishing herself as one of the most dangerous scorers in the SEC.

Sapulpa, Oklahoma native, Chelsea Dungee was born on 11th May 1997, under the star sign Taurus. She holds an American nationality and is of Afro-ethnic background. she was raised by a single mother Chi Dunge but the information about her father is not available. She stands 180cm / 5'11" tall.

How Much Is Chelsea Dungee's Net Worth In 2021?

Billions of dollars are made from college sports and everyone is getting a piece of the action except the players. Further, the NCAA rules state, "You are not eligible in any sport if, after collegiate enrollment, you accept any payment for promoting a commercial product or service or allow your name or picture to be used for promoting a commercial product or service." However, most of the athlete receives full college scholarships.

Since Chelsea is yet to turn pro she had not made any money from her college basketball. Recently, she was profiled by ESPN’s Mechelle Voepel as a player who has greatly improved her WNBA Draft stock since the beginning of the season. According to the source, the average WNBA salary is $100,658.51.

Chelsea Dungee has maintained her personal life as secret as possible. There is less to no information about her relationship or boyfriend in the media. The basketball player is pretty famous on Instagram with 35.4k followers, however, her socials only feature her professional pictures. She has left no hint about her love life.

Chelsea's mom, Chi Dunge is a former basketball player who introduced Chelsea to the sport. Along with a basketball, Chelsea played softball as well. She excelled in both of those all the way through high school, but she was really intense in AAU from about sixth, seventh grade, and that’s where she put all my focus on basketball. 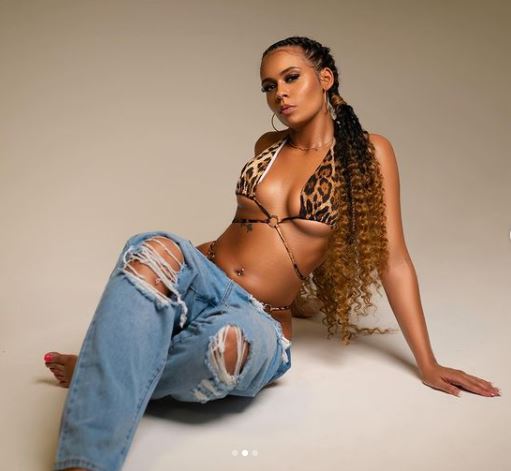 Chelsea Dungee enrolled at Preston High School where she played freshman and sophomore season. He finished his junior and senior season at Sapulpa High School. She averaged 18.4 ppg and 4.7 rpg as a senior.

Originally, she committed to Oklahoma State University but reopened her recruitment following the death of  Oklahoma State Cowgirls coach Kurt Budke and assistant Miranda Serna in a plane crash.

As a freshman at the University of Oklahoma, she helped the team to a 2301- record and the NCAA tournament second round. She did not play due to transfer rules. At Arkansas, she led SEC and was second in D1 with 229 free throws and 275 attempts from the line. She averaged scored 20.5 ppg ranked second in program history for a single season. As a sophomore in 2018-19, helped Arkansas to a 22-15 record.

At the international level, Dungee won a gold medal at the 2013 FIBA Americas U16 Championship. Further, she took part in trials for the 2014 USA U17 World Cup Team.