Charles Kanoff popular as Chad Kanoff is an American football quarterback who is currently signed to the Los Angeles Wildcats of the XFL. After going undrafted in the 2018 NFL draft, he signed to Arizona Cardinals and has been into other NFL teams such as Detroit Lions, Tampa Bay Buccaneers, and XFL side New York Guardians.

As of 2020, Chad Kanoff has an estimated net worth of $0.2 million, mostly earned from his football career. Currently, he is signed to the XFL side, Los Angeles Wildcats, where the average salary is $55,000 per annum.

Earlier he was signed to different teams of the NFL. His NFL career earnings are discloed below:

Chad Kanoff Relationship Status; Who is his Girlfriend?

No. 3 – Los Angeles Wildcats' quarterback, Chad Kanoff is currently in a relationship with his girlfriend, Amy Jo. The couple started dating since 2017. Kanoff often shares pictures with his bae. It seems like they are pretty serious in their relationship. 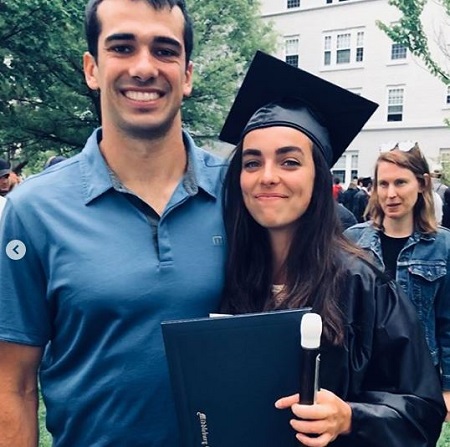 Chad was born to parents: Chris Kanoff and Mary Ellen Kanoff, in Pacific Palisades, California. He is an American by nationality and belongs to the white ethnic background.

His father is an investment banker while his mother is a corporate lawyer. Further, he grew up alongside two elder sisters: Katherine and Christine, as well as a younger brother, James.

He did his high schooling at Harvard-Westlake School. Further, he enrolled at Princeton University, in Los Angeles, California.

On 5th January 2020, Kanoff signed the XFL side to the Tampa Bay Buccaneers. On 19th January 2020, he was traded to the Los-Angeles Wildcats in exchange for Luis Perez and joined the team alongside Nick Novak.