Cedric Zesiger is a Swiss professional footballer currently playing as a center-back for the Swiss Super League club Young Boys and the Switzerland national team. The Swiss center-back started playing football at the age of eight. To date, he has played for many top clubs like Neuchatel Xamax, Grasshoppers, Young Boys.

Cedric Zesiger a Swiss international was born in Meyriez, Switzerland on 24 June 1998. At the moment, he is just 23 years old and his star sign is Cancer. He is a right-footed player and wears jersey number 5. Likewise, he has also played for Switzerland at different ages.

The body measurement of Cedric Zesiger (Height and weight)

Young Boys center-back Zesiger is from white family background and has a fair complexion. Zesiger stands tall at a good height of 6 ft 4 inches and weighs over 90kg. Further info, he has short black hair and brown colored eyes.

When it comes to defending he is a master in that. At the age of eight, he already got into football professionally. He joined his first club, Muntschemier and then he joined FC Xamax and Neuchatel Xamax as youth players. The Meyriez-born defender initially started his senior club career from Neuchatel Xamax only.

After his four-year tenure at Neuchatel, he finally got promoted to the senior team in 2015 where he played 32 games in total. Playing a season for Neuchatel Xamax, he then assured to joined Grasshopper Club Zurich in 2016 signing a 3-year contract. He made total appearances in 46 games sending the ball two times behind the net. 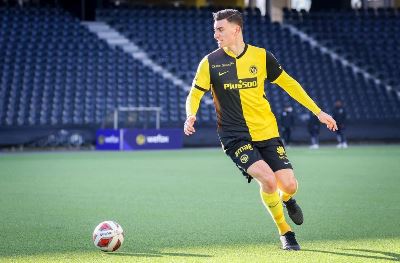 The club offered him to extend the contract but Zesiger denied it and instead joined Young Boys on 29 June 2019. The Swiss international is doing well at the club. He is in the regular squad of the team. He has appeared in 53 games adding two goals to his tally.

Young Boys FC star player Zesiger is also a vital player for his country. He has been representing his country since 2015 and still doing. The Swiss center-back was first called for the Switzerland U-18 and after that, he has been playing at different ages. Zesiger made his senior national debut on 1 Sept 2021 in a friendly game against Greece.

How much Cedric Zesiger earns from football? His net worth in 2022

Cedric Zesiger is in the early phase of his career. At this young age, he is having a good taste of success. However, the Swiss center-back still has a lot to do in the future. He earns a good amount of money playing for the club and is still yet to add millions to his net worth in the future.

The financial transaction between Zesiger and the club is not transparent so his salary number is still under the radar. As per the sources, Zesiger has an approximate net worth between $1M-$2M. Besides that, right-footed defender Zesiger also earns extra income from his brands and sponsors. Mizuno is his sponsor which facilitates him with football boots and kits. 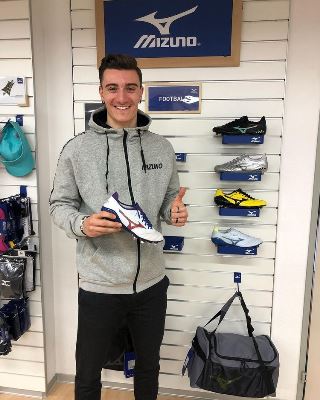 As per Trasnfermarkt, he holds the trending market value of €2.9M. It will significantly increase in the future if he performs well consistently.

Who is Cedric Zesiger's Girlfriend?

Cedric Zesiger is a private personality; he prefers to keep his life low-key due to which anything regarding his dating and love life status is unknown to the public.

The Swiss international has not been seen publicly with any girl so far. Thus, he is believed to be single presently. Zesiger is in his early career so he is very much focused on his career at the moment.

Cedric Zesiger is a regular social media user. He has an Instagram id @zesiger5 with followers of more than nine thousand. Via Instagram, he outgives his life happenings and football-related news and events to his fans and family. The Swiss defender also promotes his sponsors via Instagram as well.