Cayla Barnes is an American ice hockey player who is signed to the Boston College Eagles of NCAA. Further, she represents the American national team and has won a gold medal at the 2018 Olympic, 2019 World Championship, and silver at the 2021 World Championship.

Eastvale, California native, Cayla Barnes was born on 7th January 1999, under the star sign Capricorn. The twenty-two years old holds an American nationality and is of white ethnic background. She stands 5 ft 2 in (157 cm) and weighs 139 lb (63 kg; 9 st 13 lb).

Not to mention, NCAA does not allow to pay college athlete a salary for representing college team. However, there are full-ride NCAA hockey scholarships are available.

Besides, Cayla Barnes represented American national team. USA Hockey offers its athlete a $24,000 annual base salary and an extra $7,500 if they win the gold medal at the world championship games.

For Olympic game years, USA Hockey athlete earn $74,000 to $90,000 if they take home silver or gold. The only money the players get from USA Hockey comes during the six-month period leading up to the Olympics. In 2014, ahead of the last Olympics, USA Hockey paid the women's Olympic Team $1,000 per month during that time period.

Nevertheless, the USA athlete are unsatisfied with their pay from USA Hockey. They have demanded between $146,000 and $149,000 per annum if they earn first or second place at the world championships. Additionally, they asked for $210,000 to $237,000 for a top-two finish at the Olympics.

Cayla Barnes is currently single. There is no report in the media which hints she have boyfriend. Additionally, her socials only features her ice hockey posts or with her friends. Seems like, Barnes is yet to find her prince. 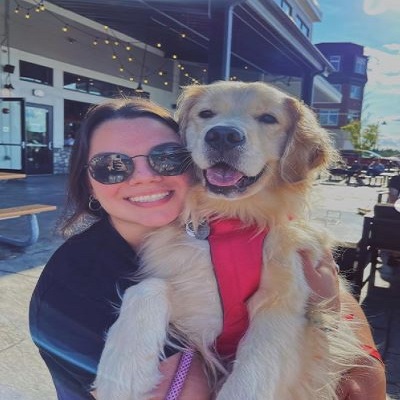 Cayla Barnes has 4,336 followers on her Instagram account. The most cutest thing you can see on her IG is pictures with her fur baby.

During her youth career, Cayla Barnes played for the  Lady Ducks in California.

In 2017, she enrolled at Boston college and joined Boston College Eagles women's ice hockey. It was announced she will be one of three co-captains for the team in the 2020–21 season, alongside teammates Kelly Browne and Meagan Beres.

At the international level, she represented the United States in 2015, 2016, and 2017 IIHF Women's World U18 Championship. She was named Best Defender of the tournament, consecutively two times in 2016 and 2017.

Also, she participated in the 2017 U.S. Women's Residency Program.

At the age of nineteen, Barnes made her senior team debut for the United States at the 2018 Winter Olympics. She won the gold medal as the youngest player on the team.

At the 2019 IIHF Women's World Championship, she scored six points in seven games for the US, winning gold and being named to the tournament all-star team.