A Brazilian native, Carlos Henrique Jose Francisco Venancio Casemiro is one of the prominent personalities in the football world, professionally known as Casemiro. He plays as a defensive midfielder for Premier League club Manchester United.

Net Worth and Salary of Casemiro

Casemiro makes most of his gains from being a professional footballer. So, Casemiro enjoys a massive net worth of around $26 million, thanks to his long-term football career. He has a deal with Manchester United worth €70.65 million. 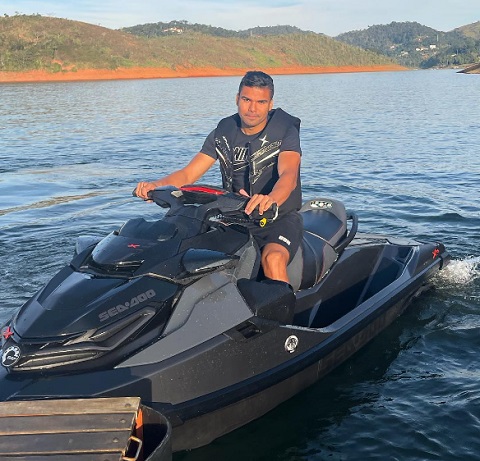 Having impressive deals with many clubs, Casemiro has amassed a vast fortune. Also, his market value is €50 million, while his highest value was €80 million, recorded on March 5, 2020.

Love Life: Is He Married or Single?

Casemiro is a married man. He is enjoying a blissful married life with her beautiful spouse, Anna. The married couple met each other for the first time in 2011 while the midfielder played for Sao Paolo. After dating for some years, they thought of taking their relationship to the next level. 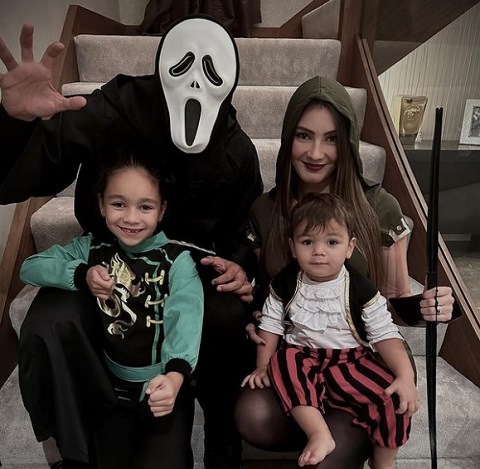 So, Casemiro and Anna walked down the wedding aisle in 2014. Together, the couple also has two kids named Sara and Caio. Besides that, Anna is a make-up artist who has launched her own business. She also has a degree in Business Administration.

He began his football career professionally with the “Sao Paulo," a football club from Sao Paulo, Brazil, that plays for Paulistao and the Brasileirao. He spent eight years with the team as a youth player.

On July 25, 2010, he started playing against Santos FC in series A. As a professional, Casemiro made a goal on 15 August, helping to a 2-2 draw with Cruzeiro Esporte Clube.

On April 7, 2012, he scored the first goal with a 2-0 win over Mogi Mirim Esporte Clube at the Arena Barueri. 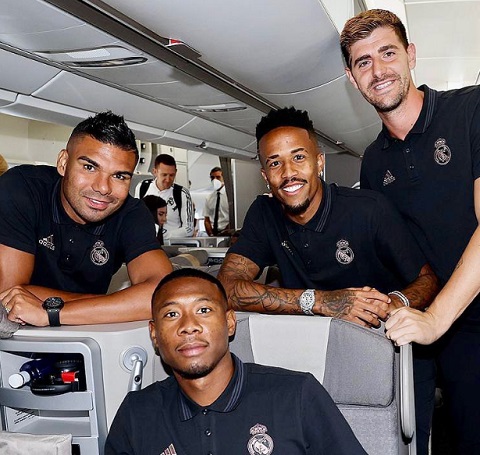 He also won the Copa Sudamericana in a 5-0 home success against Club Universidad de Chile, with the player making one substitute appearance. From 2010 to 2013, he made 62 appearances and scored six goals for the club.

After 11 years with Sao Paulo, Casemiro was loaned to the reserve team of Real Madrid. He debuted in the competitions, starting with a 1-3 defeat at CE Sabadell FC.

On April 20, 2013, he debuted in the La Liga debut in a 3-1 home win over Real Betis. On 2nd June, he scored the first goal in Europe, opening the reserves' 4-0 win over AD Alcorcon at the Alfredo di Stefano Stadium. Further, eight days later, he moved there permanently with a four-year contract and a signing fee of $18.738 million.

On July 19, 2014, Casemiro was loaned to FC Porto, a Portuguese sports club based in Porto that plays in the Premier League, the top flight of Portuguese football. Including a free kick, he won 4-0 over FC Basel in the UEFA Champions League.

Casemiro returned to Real Madrid on June 5, 2015; however, two months later, his contract was extended until 2021. As a reserve player under Rafael Benitez, he befalls very first choice under his successor Zinedine Zidane. He made 11 appearances in the season’s Champions League as the tournament ended in a win.

In the 2016/17 campaign, he scored four goals in 25 matches, leading his team to win the national championship for the first time in five years. On August 22, 2022, Casemiro signed a deal with Premier League club Manchester United. He has already made over ten game appearances.

On September 14, 2011, Casemiro showed his skills, playing for Brazil in a 0-0 draw against Argentina. Since then, he has been representing the senior side of Brazil. And he is also in the squad playing in the FIFA World Cup 2022.

Casemiro was born on February 23, 1992, in Sao Jose dos Campos, Sao Paul. Regarding his nationality, Casemiro is Spanish and belongs to the white ethnicity. His birth sign is Pisces.