Carter John Hutton a.k.a. Carter Hutton is a Canadian professional ice hockey goaltender. He is signed to the Tucson Roadrunners in the American Hockey League (AHL) while under contract to the Toronto Maple Leafs of the NHL.  He previously played for the Chicago Blackhawks organization and played with the Nashville Predators and St. Louis Blues, Buffalo Sabres, and Arizona Coyotes.

Hutton stands 6 ft 1 in (185 cm) tall and weighs 195 lb (88 kg; 13 st 13 lb). Furthermore, the goaltender reportedly earns seven digits per annum and has an estimated net worth of $5 million. After dating Stacey Kmill a long time, Carter and Kmill got married.

How Much Are Carter Hutton's Salary and Net Worth In 2022?

As of 2022, Carter Hutton has an estimated net worth of $5 million, mostly earned through his NHL career.

Furthermore, he has summoned over $12 million throughout his ten seasons in the NHL.

Hutton is a married to his long-time girlfriend, Stacey Kmill. The two started dating in 2012. 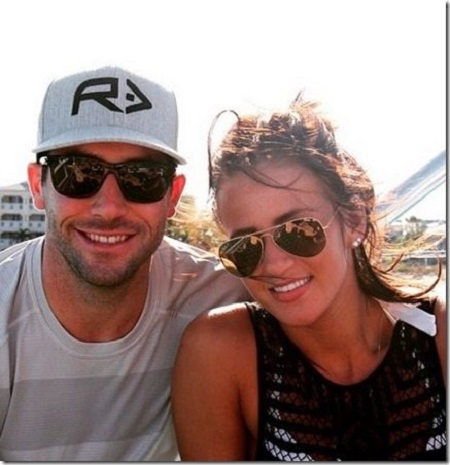 His lady, Stacey Kmill is a native of  Thunder Bay, Ontario, born to Don and Caterina Kmill and raised alongside her elder brothers Mark and Ben. The former Student at Quinnipiac University, she used to be on the women’s golf team. 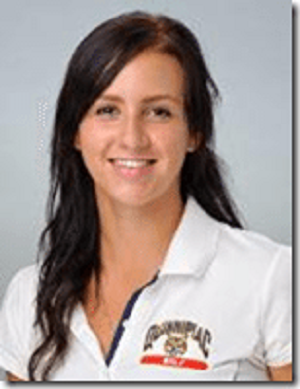 Carter Hutton was born on December 19, 1985, in Thunder Bay, Ontario, Canada. His star sign is Sagittarius. As per nationality, he holds a Canadian citizenship card.

However, he has not revealed much information about his parents and siblings but has shared a few pictures on his socials.

After high school graduation, he enrolled at the University of Massachusetts Lowell and played for the college team. Before that, he played for the Thunder Bay Golden Hawks and Fort William North Stars.

After a collegiate career, Hutton was signed by the Philadelphia Flyers on March 26, 2010.

On June 1, 2010, Hutton signed to the San Jose Sharks as an unrestricted free agent. The following year, on August 1, the Rockford IceHogs signed Hutton to a one-year AHL contract.

On February 23, 2012, the Chicago Blackhawks signed Hutton to a one-year, two-way contract for the remainder of the 2011–12 season. Later, he was called for a temporary replacement goaltender Ray Emery who was out due to an illness. On April 27, 2013, he made his first NHL debut against the St. Louis Blues.

On July 5, 2013, Hutton inked a one-year, two-way deal with the Nashville Predators and eventually became the Predators' starting goalie for most of the 2013–14 NHL season.

On July 1, 2016, Hutton agreed on a two-year contract with the St. Louis Blues where he earned his first win with the Blues in his debut for the team. In his second season with the Blues in 2017–18, he enjoyed a career year in establishing himself as one of the premier backups in the league.

On July 1, 2018. Hutton signed with the Buffalo Sabres, agreeing on a three-year, $8.25 million. Since then, he has played for the team alongside Vladimír Sobotka and Zach Bogosian.