Caroline Masson was born on May 14, 1989, in Gladbeck, Germany. Her father was a tennis coach. After graduating from High School, Masson enrolled at Oklahoma State University and played golf for a season but dropped in her sophomore year. Talking about her physical appearance, Caroline stands five feet and eight inches tall and weighs 60 kg.

Caroline Masson has an estimated net worth of more than $3 Million. She has been making most of her net worth through her career in golf. Masson has numerous sponsorship deals with top brands and must be making a handsome amount. Caroline has already earned $492,964 in the ongoing season of 2021 from LPGA events. 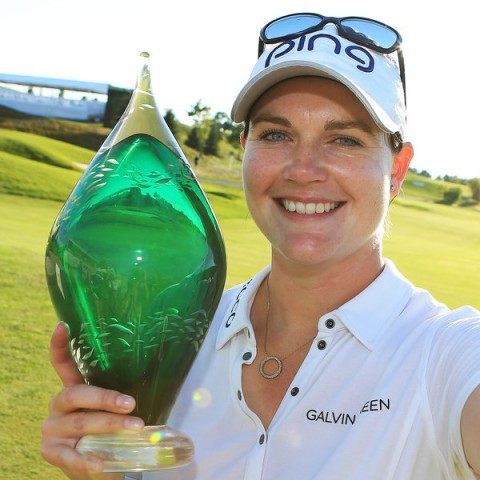 Masson earned over $1 Million in the next two seasons and crossed her LPGA earnings over $3 Million. In the 2019 season, She earned the most in a single season of $715,544 while playing in twenty-five games. Last season, Caroline made $299,845. Totaling her prize money from LPGA events sums to $4,403,651. In addition, The player must have earned a huge sum from European Tour events.

Who is Caroline Masson Married To? Know About Her Husband and Relationship

Caroline is engaged to her longtime boyfriend, Jason McDede. They have been dating each other for more than three years. The duo got engaged in November 2019 in a private ceremony. They have not shared a word about their first meeting instance. Both of them are social media users and keep sharing each other's photos. 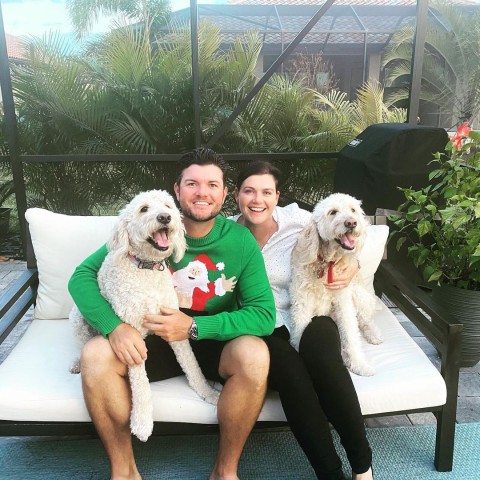 Jason is a caddie and works with Nelly Korda. As Caroline and Nelly both are part of the LPGA events, She spends his time wisely between his teammate and fiance.

Caroline's father introduced her to golf from a very early age. She won numerous amateur events before turning professional. Masson won the German Stroke Play Championship and represented Europe in the 2005 and 2007 Junior Solheim Cup. She eventually moved to the United States and turned professional in 2009.

Caroline made her debut at the 2010 Women's British Open. She won her first LET event at the 2012 South African Women's Open. In 2013, Masson made her LPGA debut. After playing in the LPGA for three-season, Masson won her LPGA title at the Manulife LPGA Classic. In the same season, The player finished at the T6 position at the ANA Inspiration.