Caroline Marks is an American professional surfer who has won multiple national champions. She is the youngest female to compete in a World Surf League event as well as to qualify for the women’s Championship Tour. She was the youngest surfer to qualify to compete at the 2020 Summer Olympics postponed to July and August 2021 due to the COVID-19 pandemic and held in Tokyo, Japan.

How Much Is Caroline Marks's Net Worth In 2021?

It's been few years that Carolina Marks has turned professional swimmer. According to the source, a surfer makes between $250,000 to $400,000 annually. The major income source includes sponsorships, their own merchandise, social media income, and of course, surfing prize money.

However, it is not clear how much Caroline Marks has made so far from her surfing career. Her net worth as of 2021 is under review.

The third of six children born to Sarah and Darren Marks, Caroline has a younger sister and four brothers, two younger and two older than her. The Marks siblings grew up in a house with a big backyard with a motorbike track, halfpipe, and a surf break across the street. When she turned eight Mark discovered her love of sports on horseback through barrel racing and started surfing competitively. 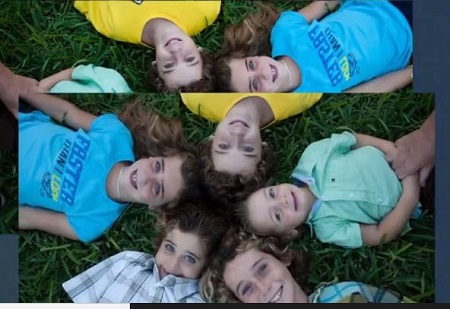 The Marks siblings have all supported and encouraged each other in their individual passions.  When Caroline's elder brother Zach turned 12, he opened the social media site Grom Social for kids, and Marks helped create images and characters for the site.

Mark continues to upload on the site as herself, updating users on her adventures and achievements. Similarly, her brother, other siblings, and the rest of her family have been a regular presence at her competitions, cheering her on. Marks attributes her success and how good she is to her brothers and her roots of trying to impress them when she was growing up.

Caroline Marks made her professional debut in 2018 where she reached 3X three third-place finishes in 10 events. That season, she was named rookie of the year and finished the season ranked seventh in the world.

In April 2019, she won over seven-time world champion, Stephanie Gilmore, at the first event of the WSL Championship at  the Australian's home break of Duranbah, New South Wales in the quarter-finals of the Boost Mobile Pro Gold Coast.

Then, she reached the semi-finals defeating Malia Manuel from Kauai. In the final, she won against Carissa Moore from Oahu and claimed her first WSL event title.

After finishing second on the WSL Championship tour to Carissa Moore, Marks earned a spot on the USA team for the 2020 Olympics in Tokyo. At the 2020 Summer Olympics, Marks ended the competition ranked fourth overall.