Carlton Agudosi is a well-known American football player. He is currently playing in the Canadian Football league for the Winnipeg Blue Bombers. Carlton plays as a Wide receiver for his club. Agudosi turned professional in 2017. Carlton was undrafted in the 2017 NFL draft.

Carlton Agudosi was born on February 1, 1994, in Franklin Township. He is the son of Linda Agudosi and Ike Agudosi. Much about his parents and early life is under the radar. Agusodi graduated from Franklin High School and enrolled at Rutgers University. Talking about his physical appearance, Carlton stands six feet and six inches tall and weighs 93 kg.

How Rich is Carlton Agudosi? Know About His Net Worth and Salary

Carlton Agudosi has an estimated net worth of more than $200,000. He has earned most of his net worth through his successful playing career. The player started his career playing in the NFL with the Arizona Cardinals in 2017 and has moved to several clubs and then to Canada. A football player has multiple sources of income, including sponsorship and advertising deals. 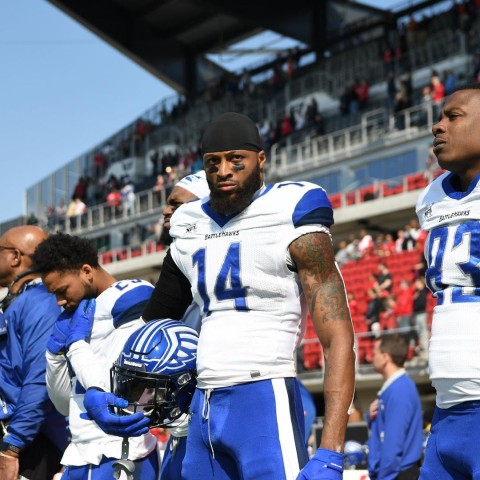 Carlton plays for the Bombers in the CFL SOURCE: [email protected]

Carlton is pretty private about his economic career. His fellow teammate, Zach Collaros, has an estimated net worth of more than $3 Million with a base salary of $515,000. He is very early in his career and will be adding millions in the future.

Yes, You read that right. Carlton is a proud father of a child. Carlton is engaged to his longtime, Asisa Agusodi. The duo has been dating each other for more than a year. They have not shared much about their first meeting experience in public. They first posted a photo of them together in March 2021. 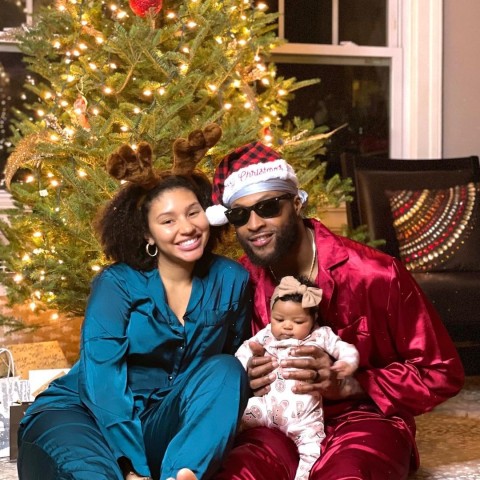 Carlton shares a photo of his fiance and daughter SOURCE: [email protected]

In April 2021, Carlton proposed to Asisa and got engaged in front of close friends. She happily said yes to the proposal. The following month, They opened up about expecting their first child shortly. In June 2021, The duo had a gender reveal party and announced it was a girl. In October 2021, The family of two extended to three with the birth of Everly Adaeze Agudosi.

Carlton listed his name for the 2017 NFL draft but was undrafted and signed with the Arizona Cardinals as their free agent. He remained with the club until September 2018 and was then waived. The Eagles signed him for six months but were waived shortly.

Agusodi was listed for the 2020 XFL draft, and St. Louis BattleHawks selected him, but the contract got terminated. Since April 2021, Carlton has been signed with Winnipeg Blue Bombers.