Calum Scott MacLeod, commonly known as Calcum MacLeod, is a Scottish professional cricketer who started playing in a national team in 2008. He is a right-handed batsman and right-arm fast-medium bowler. He has played English county cricket for Warwickshire and Durham.MacLeod was named the ICC Associate Player of the Year at the 2018 ICC Award in January 2019.

Besides, he has also played domestic cricket for kent (current team), Durham, Derbyshire, Paktia panther and Sussex. On August 18, 2008, he made his ODI debut against England and his T-20 debut on June 6, 2009, against New Zealand.

Is Calum MacLeod involved in any relation or married?

No, he is not single. He is married to Laura. His wifey goes with the Instagram name laura_evelyn1. As per his Instagram posts, they have been in relation for many years and finally got married on September 23, 2018. They look adorable together and live their life the fullest.

Furthermore, they have a baby together named Finley Sidney MacLeod, born 5.41 on December 27, and she is so cute.

How much does MacLeod earn?

Furthermore, he also has a good income from domestic club cricket and other tournaments.

MacLeod's current player of Kent club, was born on 15 November 1988 in Glasgow, Scotland. He grew up in Glasgow, where he attended Hillpark Secondary School for lower-level education. And his family comes from Johnshaven, near Aberdeen and the island of South Uist in the Outer Hebrides. 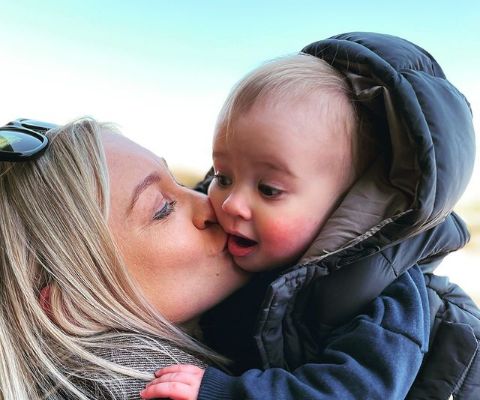 Talking about his physical appearance, he was 6 feet 1 inch tall, and his weight was approximately 78 kg. According to an astrologist, his zodiac sign is Scorpio, and he likes to play golf. He is improving his game in golf also, as per his Instagram bio. He has started his youth career playing for  Drumpellier Cricket Club, where he has excellent performance. After that, he has played many games for Domestic Clubs like Warwickshire from 2008 to 2009 and Durham from 2014-to 2016. Derbyshire club, Paktia Panthers, Sussex and his current cub Kent. Besides, he has his ODI debut on 18 August 2008 in a match against England and made his twenty-20 debut on 6 June 2009 against New Zealand. In August 2019, during the2019 Scotland Tri-Nation Series in Scotland, MacLeod scored his 2,000th run in ODI cricket. In September 2019, he was named to Scotland's squad for the 2019 ICC World Cup Qualifier tournament in the United Arab Emirates.