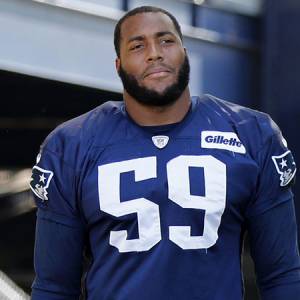 Byron Cowart is an American football defensive tackle for the New England Patriots of the National Football League. He played college football for Maryland Auburn and was drafted by the Patriots in the fifth round of the 2019 NFL Draft.

Salary from the Patriots

Byron Cowart, who has recently signed his first professional contract, has an estimated net worth of about $500,000. He agreed to a 4 year, $2.81 million worth contract with the New England Patriots which included a $299,445 signing bonus, and an average annual salary of $704,861.

Byron Cowart, a defensive tackle of Patriots, is not married to date and currently, he is single. The 24-year-old future star of Patriots has engaged in rough training so that he could perform well for his team and he is totally devoted towards his game instead of anything else.

Byron's mother's name is Laconia and she is the reason behind the star player's success. She raised Byron as the only child and used to work in three places so that her son could have what he wants. 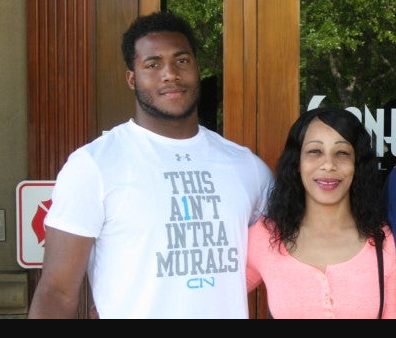 Bayron and His Mother SOURCE: yahoopost

Her brief window of rest comes in the morning hours, after working both the second and third shifts as a certified nursing assistant. She worked 2-10 p.m. at one job, took 30 minutes to get something to eat, then commuted to her second job for an 11 p.m. to 7 a.m. shift.

Cowart's father's name is Byron Tarshae Cowart Sr. and he is imprisoned in Lexington, Ky. Before imprisonment, Byron Tarshae Cowart was booked into jail at least a dozen times in Florida between 1995 and 2001. He was found guilty in various charges with a variety of offenses which ranges from intent to distribute cocaine to attempted murder.

In June 2001, he was sentenced to serve 262 months. He is eligible for parole in 2019. Byron says he's seen his father twice in his 18 years. They've talked occasionally on the phone since his dad has been incarcerated.

Former No. 1 recruit in the country

Cowart used to be no.1 recruit in the country by some outlets in 2015 after earning All-American and Florida Class 6A Player of the Year honors. He used to play from Auburn Tigers football and he could not get on the field regularly at Auburn because the coach who recruited him, Will Muschamp, left for South Carolina.

During those periods his mother was having health issues, so he left the Tigers and enrolled at Hillsborough Community College near his home in the Tampa area. Maryland won the second recruiting battle for his services, and he played well enough in 2018 to be named an honorable mention All-Big Ten performer.

Cowart started all 12 games for the Terps, posting 38 tackles, five for loss, three sacks, two interceptions and when he left Auburn, they didn't have a lot of nice things to say about him, but that's not unusual when a player leaves a program.