Bryan Price is a well-known former American professional baseball coach. The talented coach also worked as a manager for the Cincinnati Reds in the MLB for four years. Price also became the baseball team of the United States National Team for the 2019 WBSC Premier12 Tournament.

Bryan Price was born Bryan Roberts Price on June 22, 1962, in San Francisco, California. He is the son of Patrick Hilary Price and his wife, Jean Roberts. Price graduated from Tamalpais High School and enrolled at the University of California, Berkeley.

Bryan Price's Career in the MLB and Coach and Manager

Bryan played baseball in High School and was drafted by the California Angels in the eighth round of the 1984 Major League Baseball draft (190th overall). In the next three seasons, He spent his time playing in the minor league and then retired without stating the reason. In 2001, Seattle Mariners hired him as their new pitching coach. At the end of the season, He earned USA Today Baseball Weekly's Pitching Coach of the Year Award in 2001 after leading that staff to the American League ERA title with a 3.54 mark. 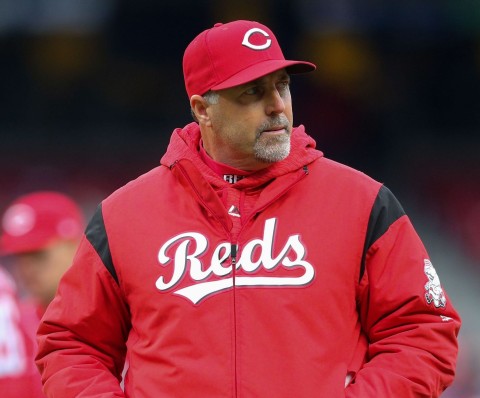 Bryan worked as the head coach in the MLB for thirteen years SOURCE: USA Today

After spending six seasons with the franchise, Bryan moved to Arizona Diamonds in early 2006. He had a good season with the team and resigned after manager Bob Melvin was replaced by A. J. Hinch in May 2009. He joined Cincinnati Reds in October 2009 as their new pitching coach. Price worked with the team for the next four seasons as the pitching coach, and then Cincinnati Reds hired him as their manager. Bryan has a good start to his managerial career. In 2015, There were many ups and downs in the games.

Price worked as the manager with the franchise until April 2018 and then was released. In August 2019, the United States hired him as their new baseball team coach but failed to qualify for the 2020 Olympics as it finished behind Mexico. In Late 2021, the Padres have announced to add Bryan as their new Senior Advisor. He will be working for a season, and the contract will be extended, serving as both an on-field instructor and a mentor within the clubhouse.

Bryan is very much private about his married life. Price is married to his longtime girlfriend, Judy Price. The love birds have been married for more than thirty years. They had a private wedding ceremony where they invited only a few members from both the families and close friends. There is no information about their children in the media. The price family must be living a happy life.

Net Worth, Earnings and Salary