Bobby Witt Jr. was born Robert Andrew Witt Jr. on June 14, 2000, in Colleyville, Texas. Bobby is among the four children born to Bobby Witt and his wife, Laurie Witt. His father is a former professional baseball pitcher, who played all or part of sixteen seasons in Major League Baseball (MLB) for the Texas Rangers, and a few more. After graduating from Colleyville Heritage High School, Bobby committed to play for the University of Oklahoma.

How Rich is Bobby Witt Jr. Know About His Net Worth, Earnings, and Salary

Bobby Witt Jr. has an estimated net worth of more than $5 Million. He has accumulated most of his net worth through his successful career as a professional baseball player. Bobby signed a $7.79 Million contract with Kansas City Royals. However, Witt started playing the minor league for Arizona League Royals. The average salary of an MLB player is more than $4 Million.

Bobby Witt Jr is involved in a romantic relationship with his longtime girlfriend, Maggie Black. The love birds have been dating each other for more than two years. Bobby is an active social media user and keeps sharing photos with his girlfriend regularly. Maggie plays Softball for Northwestern State University. Nothing much about their first meeting instance is shared in the public. 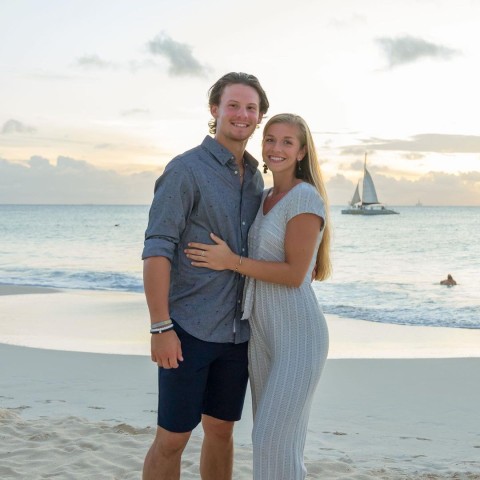 Bobby is yet to get engaged or married to his girlfriend. He is very much early in his career and must be focusing on his career rather than starting a family.

Bobby started playing baseball from a very early age. He played baseball for Colleyville Heritage High School.  Witt Jr. batted .446 with ten home runs in his junior year.  He also played in the Under Armour All-America Baseball Game at Wrigley Field, where he hit a home run and was named team MVP. Bobby was named the Gatorade National Baseball Player of the Year after batting .515 with 15 home runs, 54 RBIs, and 17 stolen bases for the senior year.

After graduating from High School, The baseball player rejected several offers and committed to play for the University of Oklahoma. However, He forged to play for the University and listed his name for the 2019 MLB draft. Bobby was one of the top prospects for the 2019 MLB draft. Kansas City Royals drafted him in the second overall pick. He made his professional debut with Rookie-level Arizona League Royals.

In his thirty-seven games, Bobby batted .262/.317/.354 with one home run, 27 RBIs, and nine stolen bases. The minor league got canceled due to the COVID pandemic. Coming into the 2021 season, Witt Jr. was assigned to the Northwest Arkansas Naturals of the Double-A Central League.