Bryan Dennis Angulo Tenorio, aka Bryan Angulo, the Educadorian professional footballer, is competing in the Brazilian league side as a forward for the 3x Copa Livbertadires club Santos. Prior to Santos, Bryan played for several clubs, such as Rocafuerte, Emelec, Cruz Azul, and Tijuana. Also, he made his first presence for his nation in 2015 and has recorded five games on the national team so far.

Bryan Dennis Angulo Tenorio was born in Guayali, Ecuador, on 30 November 1995. Likeswise, he holds the Ecuador nationality and spent his boyhood days in his birthplace. The 26-year-old player prefers his right foot over the left. His family members' details remain under the radar as he has never noted anything about them. Having said that, Brayn's parents are of Ecuadorian origin. He was born into a middle-family background. Despite thier financial situation, his parents always motivated and supported him in every step of his career. Moreover, he kept his academic life secrete.

Bryan Angulo possesses a height of 1.83m or 6 feet. To keep his body nutritious and athletic, he works out routinely. He weighs around 70 kg. His body structure is shredded with of dark skin complexion. Additionally, Angulo has very short faded hair.

As Bryan has played professionally for over nine years for several clubs since 2013. Thus, he must have earned a handsome amount playing for such clubs. His net worth per online sources is around $5 million, including all his assets. Bryan is one of the most well-established Ecuadorian players who has made high salaries since his early career. Indeed, he is current salary with Santos FC unknown; the club has not made it transparent. Exploring his market value, he is worth €3 million at the moment. 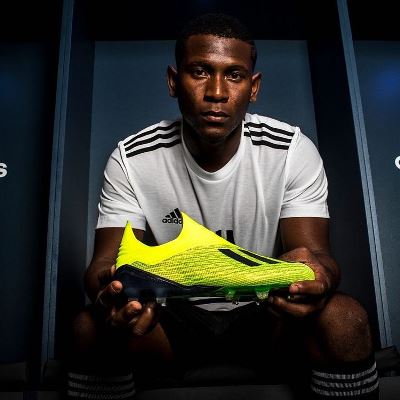 His strong fan followings on his Instagram handle have profited him. Due to that, various corporations and brands wanted to work with him, which ultimately added valuable money to his net worth. Also, Brayn has been a brand ambassador for Adidas and Milliperfumes Perfumeria, the perfume brand. Nevertheless, he has not frankly spoken about this topic, so the financial transaction stays a riddle.

Brief  Details On His Controversy

Bryan is no new name when it comes to controversy. The most extensive and career-threatening controversy he ever faced was in December 2020, when he was charged with murdering a 30-year-old man Vincente Josue Paliz Merino, who died in a brawl. The incident happened on 24 December in his hometown Guayaquil. However, his name was withdrawn from the investigation the following day.

Bryan is the former youth player for Rocafuerte and Emelec, where he appeared from 2009 to 2013. On 11 October 2014, the Ecuador international finally made it to the Emelec first team after playing for numerous matches as a reserve player. Playing 128 games, Bryan's Mexican side joined Cruz Azul for three years on 6 August 2019. Subsequently, the professional joined Tijuana on loan until 2021. After ending his loan contract, he officially signed the contract with Brazilian club Santos on 2 April 2022 until 30 Jun 2023. He debuted for Santos against Fluminense on 9 April.

Is He Raising His Children Alone?

The 2019 League Cup Champion Bryan is a very suspenseful essence. He has two lovely kids; one daughter and one son. Most people are curious to know about his child's mother, but like his parent's details, the player has kept his wife's facts barred from the public domain. No doubt, he is a protective and proud dad of his children. The fans love seeing his children post on his Instagram account @bryan.angulo.95.
In contrast, there do not exist any hints that guide his child's mother. Who knows, he may be raising his children single-handedly. So far, he has never divulged his past and present relationship status, so we may conclude he is currently single and unwedded.

Don't forget to check out Playerswiki to get your favorite player bio and interesting facts.