Bruno Petkovic is a well-known Crotaitn football player currently playing as a forward for Dinamo Zagreb and the Croatia national team. Bruno is 28 years old. Petkovic turned professional in 2013 and has represented the national team in more than twenty matches. 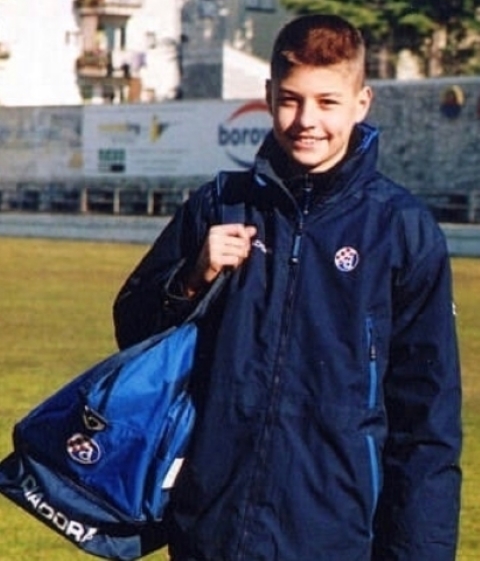 Bruno Petkovic represented NK HASK in 2010-11 and Hrvatski Dragovoljac in 2011-12, promoting his transfer to Italy with Serie A side Catania.

Bruno Petkovic was officially transferred to Calcio Catania on the 27 into the club's youth academy. On January 27, 2013, he made his first appearance to the senior squad in a 2-1 victory over Florentina in a league play. He made his league debut on the final matchday of the 2012-13 Serie A campaign as a substitute player in the 89th minute in a 2-2 draw with Torino. At the beginning of 2013-14, Bruno was promoted to the first team in the Serie A season and assigned jersey number 32.

Bruno Petkovic moved to Serie B side Trapani in January 2016. He scored seven goals in the second round of the Series B season, as the Sicilian team nearly got promoted to Serie A but failed in the final play-off match against Pescara. He netted three goals in the first round of the 2016-17 Serie B season in the same season. Series A team Bologna signed Bruno for 1.2 million Euros on January 12, 2017. He made a total appearance of 21 Serie A for the team before being loaned to Hellas Verona on January 11, 2018.

On August 6, 2018, Bruno joined Dinamo Zagreb. On August 25, he scored his first goal for Dinamo in a 1-0, leading team to victory over NK Lokomotiva. As the season passed, Bruno became more critical of the team and played the leading role at the peak of the Dinamo Zagreb season. He finished his initial season within the club with 11 goals and five assists in 37 matches.

Bruno Petkovic was crucial to Dinamo Zagreb's successful Champions League qualifying campaign. Due to his impressive performances, he earned a new contract with Dinamo signed on September 13, 2019. His contract will expire in 2024. Bruno Petkovic made his Champions League debut on September 18, 2019, and scored his first debut goal on November 6 against Shakhtar Donetsk.

Bruno suffered an injury on June 27, 2020, that forced him to quit playing for the rest of the season. After he missed the first Dinamo game of the season, he returned on August 21 for a match with Istra 1961.

Bruno was capped only once for Croatia U21 on August 13, 2013. On March 11, 2019, Bruni received his first senior Croatia call-up as a substitute for the injured Marko Pjaca.

He made his debut in a Euro 2020 qualifier on March 21, 2019. On June 11, 2019, he netted his first goal for the national team. He ended the qualifiers as the team's top scorer. Although the tournament was postponed due to COVID-19, he was assessed for the national team during Croatia’s unsatisfactory 2020–21 Nations League campaign.

Is Bruno Petkovic In a Relationship?

Bruno Petkovic is a very secretive person. He has not shared any official information about his relationship or his girlfriend. But according to some reports, he has a girlfriend named Iva Saric. They have been spotted together several times. 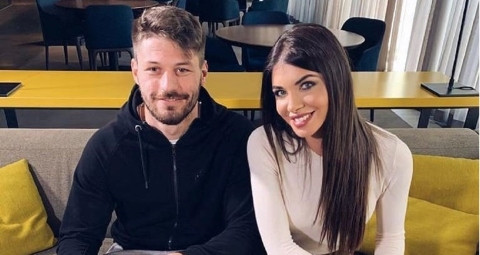 Some reports claim that Bruno and Iva have a baby boy named "Adrian."

Bruno Petkovic's Salary and Net Worth and Market Value

Bruno is a Croatian international footballer with a net worth of about $10 Million, including all his property. His contract with Dinamo will come to an end in 2024.