Brooke Mackenzie Henderson, popularly known as Brooke Henderson, is a Canadian professional golfer on the LPGA Tour. She won her first major trophy at the age of 18 at the KPMG Women's PGA Championship in 2016. Her KPMG win made her the event's youngest winner lifted her to the second position in the world rankings. She was named the Canadian Press female athlete for 2015 and 2017.

Currently twenty-one, Brooke Henderson has an estimated net worth of $4 million as of 2019. Furthermore, she is possibly single and unmarried.

Brooke Henderson has an estimated net worth of $4 million in 2019, including her properties and earnings. Further, Brooke Henderson's average annual wages and salary are reportedly around $663,670, and her career earning so far total over $4,173,180. She is the partner of BMW Canada and owns a BMW X5. 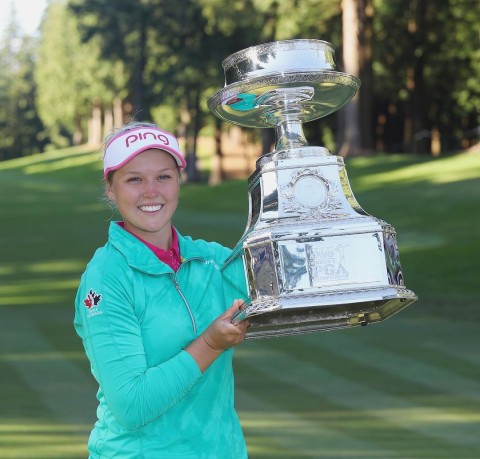 Brooke shares a photo with her Title SOURCE: [email protected]

She has signed several corporate sponsorships contracts and is associated with IMG, Royal Bank of Canada, Sunice Golf and NHL Ottawa Senators. Apart from golf, she has also played hockey as a goalie.

With enormous money, she is living a lavish lifestyle.

Brooke Henderson has never talked about her affair, boyfriend, and dating. She has countless fans who wonder about her boyfriend, but there is less to no information. However, she has posted a picture of a boy named Neil on her Instagram account. 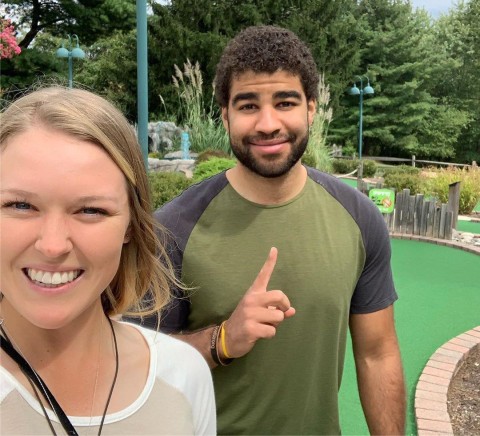 Although she claims Neil to be her childhood friend, her fans and followers have already started to assume him as her boyfriend. Nothing can be asserted confidently until she decides to talk about her actual relationship with Neil.

As of now, she has not officially disclosed who she is dating. She was once rumored to be dating a fellow golfer. Some tabloids claim that her boyfriend is a golf player on the LPGA Tour. But nothing has been confirmed by herself.

Brooke Henderson's sister, Brittany, is an idol to her. She followed in her sister's footsteps and wants to achieve success in life. Her sister Brittany is playing pro golf on the developmental Symetra Tour.

Brooke Henderson was born Brooke Mackenzie Henderson on 10 September 1997 in Smith Falls, Ontario. She is Canadian by her nationality, and her ethnicity is white. Her birth sign is Virgo.

Brooke was born to Dave Henderson and Darlene Henderson. She is not the single child of her parents as she has a sister Brittany Henderson who is also a professional golf player.

Also Read: How Much is Lexi Thompson Worth?

Brooke Henderson was raised in her birthplace. From an early age, she has shown a keen interest in sports. She managed to win the Canadian Women's Amateur in 2013 and achieved the second position at the 2014 U.S Women's Amateur.

She won numerous tournaments throughout her professional career. In June 2016, she won her first major tournament at the KPMG Women's PGA Championship at Sahalee Country Club near Seattle. Later after her win at the Cambia Portland Classic in June 2016, she joined Sandra Post and Lorie Kane. She was the only Canadian who had won multiple LPGA events in the same season. 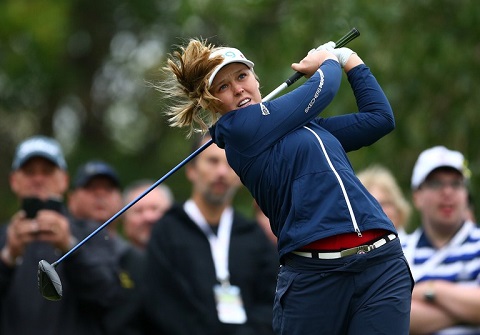 Brooke hits the ball towards the hole pointSOURCE: Golf Digest

Brooke Henderson was also a member of the Canadian Olympic Team for the Rio Olympics. She participated in the women's Olympic golf tournament and was placed seventeenth. She set a tournament record with her 36-hole score at the LPGA Tour's Swinging Skirts LPGA Classic in April 2015, breaking the record previously set by Stacy Lewis.

Henderson won her first major championship at the KPMG Women's PGA Championship in 2016, defeating the world's no 1. Lydia Ko. Brooke Henderson is doing very well in her professional career.

In 2018, Brooke participated and won Canadian Woman's open and became the first Canadian woman to win a National Golf title in 45 years. After her win, she outed that she was more confident than ever to play on her home soil and was surprised by the Canadian people's level of support towards her.